Your news for this Wednesday, March 23 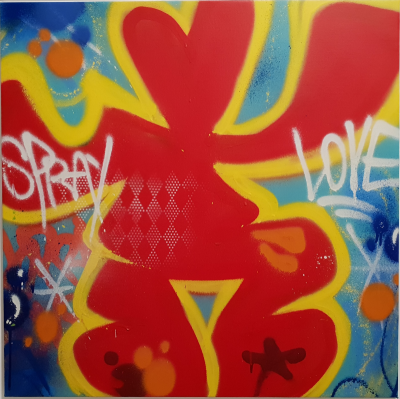 The city is ” under total siege, without food, without water, without medicine, under constant bombardment declared the Ukrainian president Volodymyr Zelensky in a video posted Wednesday morning. No journalist working for a foreign outlet has been present in this city in southeastern Ukraine since the departure of videographer Mstyslav Chernov and photographer Evgeniy Maloletka., reporters from the US agency Associated Press. ” The Russians were following us. They had a list of names, including ours, and they were coming… “, they wrote in their last report after almost a month of presence.

“We were the last journalists in Mariupol. Now there are none.”

A team of AP journalists arrived in Mariupol on February 24. When they left almost three weeks later, the besieged Ukrainian port city lay in ruins. https://t.co/rI8xAe8SNn

Prime Minister announces that 26,000 Ukrainians have arrived in France

« More and more people find refuge in France or are passing through our territory. (…) before the war, the Ukrainian community amounted to approximately 40,000 people on national soil. To date, more than 26,000 have entered French territory, since the end of February, to meet family, friends or to go to other countries, in particular Spain, Portugal or the United Kingdom. he said on Tuesday John Castex to the media, in front of the Hôtel de Matignon. He added that ” 10,500 Ukrainian citizens have received a temporary residence permit » including 40% in Ile-de-France or the Alpes-Maritimes.

The former mayor of Marseille, tried in Paris for “misappropriation of public funds through negligence” in the case of overtime at the city hall, was sentenced to six months in suspended prison. France Bleu Provence, citing the National Financial Prosecutor (PNF), revealed on Monday that Jean-Claude Gaudin had decided to plead guilty, thus avoiding a one-year prison sentence. Under him (1995-2020), some 800 agents were paid for hours they did not work. The former mayor was prosecuted along with his chief of staff, four former administration officials and the former director of Samu Social.

Athletes from the South Region prepare for the 2024 Paris Olympics

On Tuesday, March 22, Renaud MUSELIER, President of the Provence-Alpes-Côte d’Azur Region, Vice President of the Regions of France, met with the athletes of the Cercle des Nageurs de Marseille in the company of the President of the Organizing Committee for the Olympic Games and Paris 2024 Paralympics, Tony Estanguet. Together they visited the facilities of the Circle and recalled the mobilization of the Regional Olympic and Sports Committee, chaired by Herve Liberman about creation of a new exceptional endowment fund for athletes in Provence-Alpes-Côte d’Azur. On this occasion, Renaud MUSELIER recalled the unwavering commitment of the South Region that mobilizes more than €35 million to improve sports infrastructure and train the champions of tomorrow.

The contemporary art fair nice art exhibition, Postponed last year due to the health crisis, it will take place from April 8 to 10 at the Parc des Expositions in Nice. A long-awaited event for fans and collectors! At the initiative of this ambitious project, Dana PONTHIER and Thomas LEMAIREComing from Contemporary Art and a fusional couple in life, they want above all to promote the return of an event
of Contemporary Art of international stature in Nice. Conceived to be “accessible to all”, the Nice Art Expo International Fair will spread throughout the city of Nice through a series of monumental works, exhibited in mythical places in the city (Place Masséna, Promenade des Anglais, Place Garibaldi. ..) . All the information in the place !