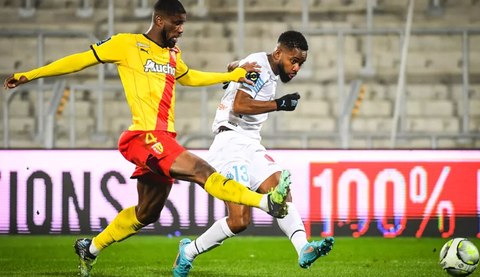 Buzz: Olympique de Marseille is the French club with the strongest growth in January 2022

Football’s Biggest Buzz Engines is a monthly study conducted through Sports YouGovwhich highlights the clubs whose Buzz Scores have increased the most in the UK, Spain, Italy, Germany and France.

Other French clubs can also count on their best talents, such as Paris Saint-Germain (+2.7), who knew how to keep Kylian Mbappé. FC Barcelona (+2.3), FC Nantes (+1.8) and Nîmes Olympique (+1.6) are also among the clubs discussed in January in France.

In Spain, we highlight the good performance of Athletic Club de Bilbao, who reached the final of the Spanish Super Cup by beating Atlético de Madrid, before falling to Real Madrid. Marcelino García Toral’s men also beat Barcelona in the Copa del Rey and Rayo Vallecano in the League, which meant a rise of 7.6 points of your Buzz Score. Barcelona (+5.6), Manchester City (+3.4), Arsenal (+2.8) and Getafe (+2.8) are also a few points above the Spaniards.

In Germany, Union Berlin, undefeated in the Bundesliga in January, take first place with a 4.7-point increase in their Buzz score. Werder Bremen (+4.0), RB Leipzig (+3.5), Bayern Munich (+3.0) and Borussia Mönchengladbach (+2.9) are also in the top 5.

FootballIndex – Tracks daily perception of around 200 of the world’s biggest clubs/teams, across multiple markets.

Buzz : Which of the following teams have you seen, read or heard something positive/negative about (either in the news, through an advertisement, on the Internet or talking to people around you) in the last two weeks? The score is expressed as % Positive Buzz – % Negative Buzz. For example 60% positive – 20% negative = +40. The Buzz is therefore a score that can vary from -100 to +100.