Who is Menna Rawlings, the new London ambassador? 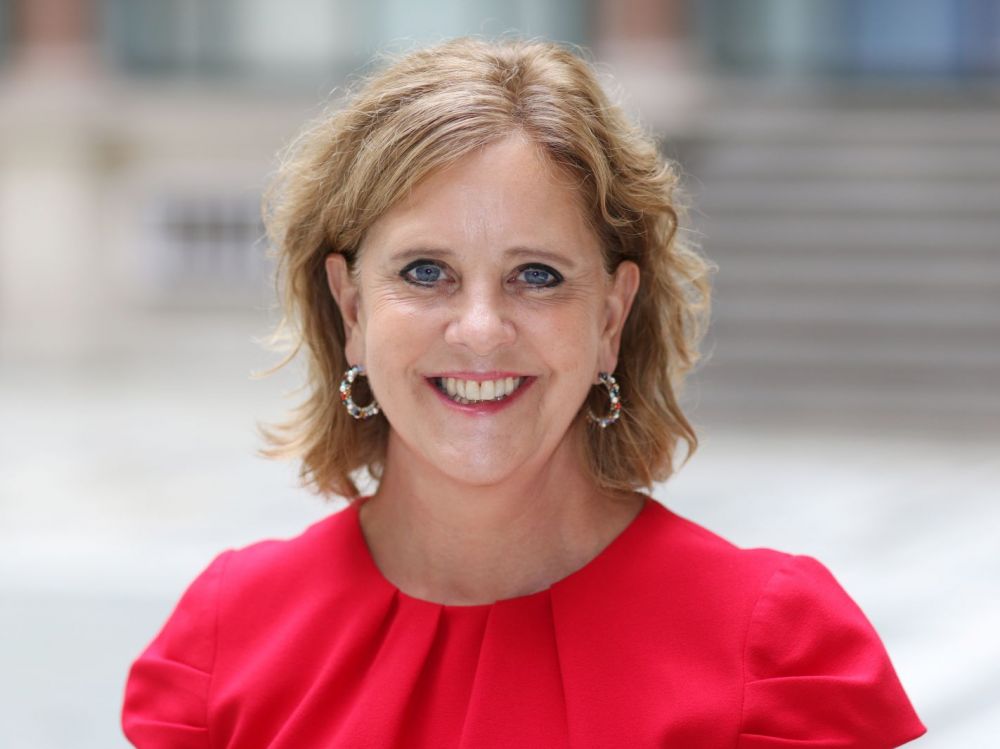 She is the first post-Brexit ambassador. She is also the first woman, after 36 men and more than two centuries, to head the British Foreign Office in Paris. Menna Rawlings, 53, arrived in France at the end of August. With the car packed, “her old dog of hers and her tea bags,” as she said on Twitter, supporting photo.

A career diplomat, this mother of three adult children has not yet presented her credentials to the President of the Republic, but has begun to immerse herself in her new position. He has already met with the Minister of the Armed Forces Florence Parly, given his first interviews and went to Gare du Nord, the Eurostar terminal, then Calais and Dunkirk. “I started to work closely with the French government on the situation in Afghanistan and on the fight against irregular immigration in the Channel,” she explains, in fluent French. He wants to be called “ambassador”, as recommended by the French Academy, she specifies.

As soon as she settled “in Wellington’s chair, where, she says, we feel the weight of history”, she appeared on social networks, tweeting, all smiles: “Hello everyone, I am the new British ambassador to France.” . Not all responses and comments were welcome messages. Among the most critical, that of the historian and professor at the Sorbonne Nicolas Offenstadt who, lashing out “the shame of Brexit”, attacked: “his country has destroyed a construction of peace, a relationship that was not perfect, but which had tried to overcome the national selfishness.

First day as Her Majesty’s Ambassador to France. I felt the weight of history in the ‘Duff Cooper’ library, but also the lightness of being the first female ambassador to sit at Wellington’s desk and claim it as her own. So I got stuck. #diplomacy pic.twitter.com/6rScWEAdnF

After difficult years where Brexit poisoned the relationship between Paris and London, we feel that the diplomat is determined to avoid any controversy and move on. Resolutely discreet about her vote in the June 2016 referendum, she points out that at that time she was “very far away”, in Australia, a Commonwealth country where she performed the functions of “high commissioner”, that is, ambassador . He prefers to stress that on both sides of the Canal “we share common values ​​and interests” and that he wants to “reinforce trust between our two countries and renew bilateral relations.” She talks about her priority issues, very classic: security and defense, climate, economic and cultural exchanges.

In his magnificent residence where he welcomes her, Menna Rawlings is warm and enthusiastic. She is dynamic and openly optimistic. However, behind her smile, we feel like a strong woman. She, who has made a career in the new world (Oceania, the United States, Africa and Israel), and who only had a European destination at the beginning of her career, in Brussels, says bluntly that she can be tough. In addition, in a recent interview with a Welsh media, she announced that she will be “fierce” (translate obstinate, fearsome, fierce) “in the defense of British interests.”

A feminization of diplomacy

So politely but firmly steer clear of certain highly publicized and unflattering British tabloid headlines about Boris Johnson. She prefers to highlight her achievements as Prime Minister. She denies that there are food shortages in English supermarkets, as some French or German reports have recently reported. She opposes statistics on commercial exchanges. “I like to trust the numbers,” she says.

To the credit of Boris Johnson, Foreign Secretary and then Downing Street boss, he also cites a desire to promote women. He not only called for “ensuring that every girl in the world has access to 12 years of good quality education”, but also accelerated the feminisation of British diplomacy. Women ambassadors are numerous in the great chancelleries of Her Gracious Majesty. Now, in every G7 country and in North America, women are in charge.

In October, the fifty-year-old who says she “loves” France, likes to walk and travel there, will be received by Emmanuel Macon at the Elysée Palace to formalize her appointment. From her residence, which was also that of Pauline, Napoleon’s favorite sister, to the presidential palace, there are only 230 meters left. She will not do them on foot, but by car. The protocol and security of her new obligations demands.