Which entities will be affected by the sanctions against Moscow? 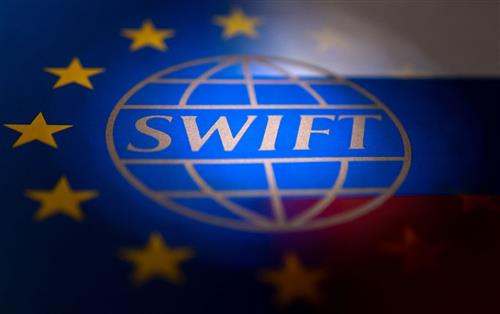 About 300 Russian banks and institutions are said to be members of the system.

(Boursier.com) — Which Russian entities will be affected by the sanctions imposed by Western powers on Russia, through the SWIFT (Society for Worldwide Interbank Financial Telecommunications) network? The global financial information exchange platform is currently working on the issue, which could weigh heavily on Moscow…

“We are aware of the joint statement by the leaders of the European Commission, France, Germany, Italy, the United Kingdom, Canada and the United States, who expressed their intention to implement new measures to prevent certain Russian banks from accessing our financial messaging services. “SWIFT said in a statement posted on its website.

“We will always comply with applicable sanctions laws,” adds the interbank network. “We are collaborating with these authorities to determine which entities will be subject to these new measures and will disconnect them once we receive legal instructions to do so.”

SWIFT, the acronym for “Society for Worldwide Interbank Financial Telecommunications”, is a secure messaging system that facilitates and accelerates cross-border payments to streamline international exchanges. It is used to transfer several billion dollars each year and has become the main cog in the financing of international trade.

According to AFP, Russia would be the second country, after the United States, in number of users, with about 300 Russian banks and institutions that are members of the system. Such an “banishment” was already experienced by Iran in 2019, within the framework of the United States sanctions against Iran. Donald Trump had requested the suspension of Tehran, several banks in the country were then excluded from the network.

Oil, metals, cereals… Russian exports of raw materials should be seriously affected by the new Western sanctions, which will penalize economic activity in Russia but will also run the risk of promoting inflation in the West, explain operators and analysts of the agency of Reuters news.

“Even if we try to exempt energy transactions, SWIFT can still seriously disrupt energy trade flows in the short term, at least while buyers switch to alternative systems, like Telex or others,” explains Amrita Sen of Energy Aspects.

The exclusion from the SWIFT system of the world’s 11th largest economy, which supplies a sixth of all the planet’s raw materials, is unprecedented since the beginning of the globalization of trade.

China and Russia have developed alternative circuits to SWIFT, with Beijing encouraging use your own system, CIPS (cross-border interbank payment system) and Moscow with its own interbank courier service, SPFS.

Russian officials told the Reuters news agency last week that their country could divert its exports to China if flows to Western countries were interrupted. But analysts believe that such a diversion would not work for gas and that Beijing’s ability to receive additional volumes of oil is limited…