What do we know about the Indian “double mutant” of the coronavirus? 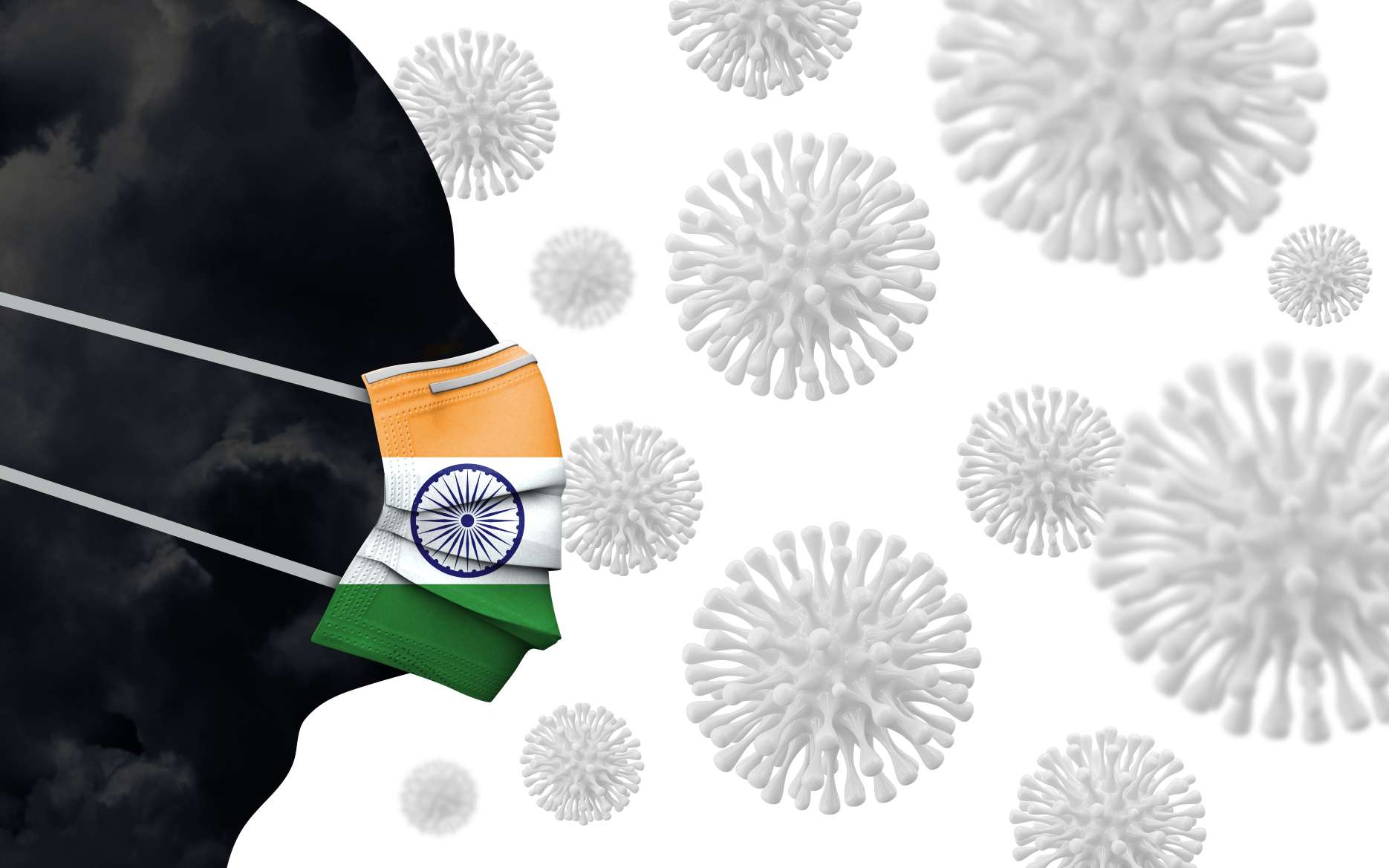 A new variant of the coronavirus has emerged in India while the health situation is alarming in this country. What do we know about these mutations and their effects on the biology of the virus? Here are the first items available.

Since March 2021, India has drowned in an increasing number of coronavirus cases. In recent days, the country has registered more than 200,000 new daily contaminations, for a total of 15.6 million cases and 182,553 deaths at the last count. This unprecedented bounce of the epidemic coincides with the circulation of a new variant of the coronavirus. Belonging to line B.1.617, this Indian variant was seen for the first time on October 5, 2021, during the put on screen of a 31-year-old man in the state of Maharashtra, where Bombay is located. What do we know about the mutations of this variant, its transmissibility and its lethality? At the moment, it has not been the subject of extensive scientific studies, but some of its characteristics are already known.

Although it was identified last October, the Indian variant has only been actively circulating in the Indian population for a few weeks. March 24, 2021, the Indian Ministry of Health has communicated upon’appearance an unknown variant, which is responsible for 15 to 20% of the samples sequenced by Insacog (Indian SARS-CoV-2 Genomics Consortium). What are the characteristic mutations of this variant? The media dubbed him the “double mutant” due to two major mutations in his protein Yes, already observed elsewhere. The first mutation refers to position 484 of protein S, which is also present in the Brazilian and South African variants. For these last two, it is a lysine which replaces glutamic acid (E484K). For the Indian variant, it is a glutamine (E484Q).

As a reminder, the E484K mutation was associated with a better escape to the immune system. In other words, these variants are more resistant to neutralizing antibodies from natural infection or from vaccination. But, at the moment, there is nothing to formally certify that the E484Q mutation causes the same effect. The other major protein S mutation is L452R, which is found in the California variant of the coronavirus. According to a prepublished study, this mutation increases the transmissibility of the virus and it has a significant impact on the neutralizing power of antibodies. No study on the lethality of the Indian variant has yet been conducted.

A variant already outside the Indian borders.

This variant has been identified in a particularly difficult health context, but no clear link to the appearance of the Indian variant has been established at this time, according to a document on variants published by Public Health France on April 8, 2021. A relaxation in respect of sanitary measures is also a possible explanation.

At the end of March, Indians traditionally gather for the Holi festival. Although it is banned in several states, including New Delhi, celebrations are still held that bring together many people, most of the time without a mask. India has decided to seal its capital, New Delhi, on Monday and for a minimum of one week.

Europe is not saved from the Indian variant that has already crossed the world. In the United Kingdom, 154 cases were identified for the past four weeks. Germany, Belgium and Switzerland have also detected some cases. The variant is not present in metropolitan France, but two cases have been confirmed in Guadeloupe.

Discover Covipod, the podcast dedicated to news about the coronavirus

Every two weeks, join Julie Kern, a health journalist with a master’s degree in infectious diseases, for the latest news and the measures taken to counter the pandemic.