wage strikes multiply in the face of an inflexible government 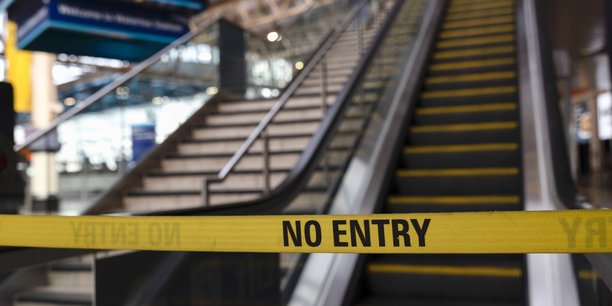 Strikes are never ending in the UK with demands for pay rises as always, while inflation, despite a slight decline in November to 10.7% in a year after a 40-year high in October of 11.1%, it remains at a high level.

Many sectors are affected, starting with the health sector with nurses in December who will strike again on January 18 for two days, as well as paramedics on January 11 and 23. Beyond a salary increase, professionals in the medical world warn about the state of the British health system, which has been underfunded for years and more than ever under pressure. Several medical organizations have thus pointed out the crisis affecting emergency services, where according to them many patients die due to lack of adequate or timely care, calling on the government to respond to the growing social discontent.

Social movement in the refineries: does the strike make it possible to earn more?

The strike extended to transport

The strike movements also affect telecommunications operators and transport. The latter were also interrupted during the holidays by strikes by railway workers, but also by traffic officers on British motorways, train cleaners and some bus drivers in London. Most of these movements continue into January. On the 12th of the month, the strike will spread to the London Underground when employees of the Elizabeth line, which opened in May, stop working.

Besides, a border police strikespanning eight days at the end of December, resulted in a deployment of military personnel at various British airports to replace striking officers. A thousand members of the Public and Commercial Services (PCS) union, employees of the Ministry of the Interior, have thus launched a strike at London’s Heathrow and Gatwick airports, as well as those of Birmingham, Cardiff, Glasgow and Manchester, and in the Newhaven harbor in the south of England.

A government with firm positions

Although the strikers keep up the pressure, the government is not going to budge. The Prime Minister, Rishi Sunak, estimated at the end of December that the fight against inflation implied “Be responsible when setting salaries in the public sector” so as not to further increase fuel prices. Therefore, it rejects the increases demanded by public service employees such as nurses, paramedics, border police. “2022 has been a difficult year”justified on December 31 in his New Year’s greetings broadcast on Downing Street, by pointing out the effects of the pandemic and the invasion “barbarian” from Ukraine. “Many of you have felt the effects directly. That is why my government has made tough but fair decisions to control indebtedness and debt.”he asserted, believing that this had enabled a shield to be imposed on energy prices that had already almost doubled.

United Kingdom. Sunak, a financier in Downing Street to calm the markets

Transport Minister Mark Harper was also tough on the strikers. “The (railway) unions have decided that they want to go on strike this week, which is profoundly unnecessary, it hurts the railway sector and the interests of the people who work there”, denounced this Tuesday on Sky News. The minister assured work hard to the resolution of the conflict between the railway companies and the unions, and indicated that an offer was on the table. In mid-December, members of the TSSA and Unite unions voted in favor of an enhanced salary offer from Network Rail that calls for a minimum retroactive increase of 5% in 2022 and 4% in 2023. They said they had not received any comparable offers. . .private railway companies.

For the general secretary of RMT, Mick Lynch, the executive “undermines efforts to reach an agreement”, by imposing too strict conditions on the negotiators of the railway companies. RMT members turned down an offer from Network Rail in December. ” We cannot accept the current proposal. We need new elements in the equation to achieve solutions”, said Mick Lynch, assuring that an agreement “It is possible in the next few days”but that the union is ready to continue the movement as long as it is needed.

Especially since the strike enjoys a positive image among the British. According to a YouGov poll published at the end of December, two-thirds support strikes by nurses, 63% of ambulance workers. The railway strike, however, is less popular, supported by 43% of those polled.