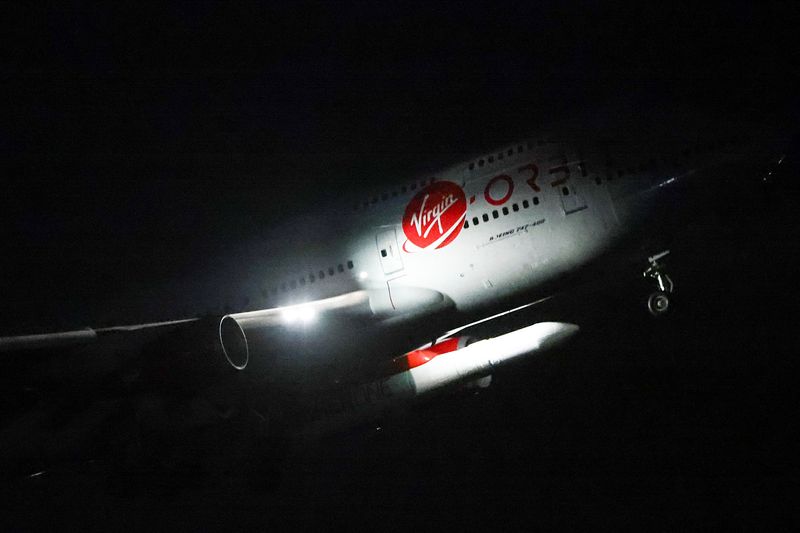 “Virgin Orbit…plans to return to Spaceport Cornwall for additional launches, and is in active discussions with the UK government and key commercial players to begin planning mission opportunities later this year,” it said in a stock filing. .

The Californian company said it had launched a formal investigation into the cause of its rocket’s second stage failure.

The mission had taken off as planned from the airstrip at Spaceport Cornwall Newquay in south-west England using a converted Boeing 747.

Virgin Orbit said its rocket was successfully launched from the plane over the Atlantic and had completed its first stage of combustion.

“At some point during the rocket’s flight through space, the upper stage experienced an anomaly,” the company said.

“This anomalous event ended the mission, with the rocket components and payload descending to Earth within the approved safety corridor without reaching orbit.”

It said that all required corrective actions identified during the investigation would be completed before the launch of its next mission, which is scheduled to take place from Mojave Air and Spaceport in California.