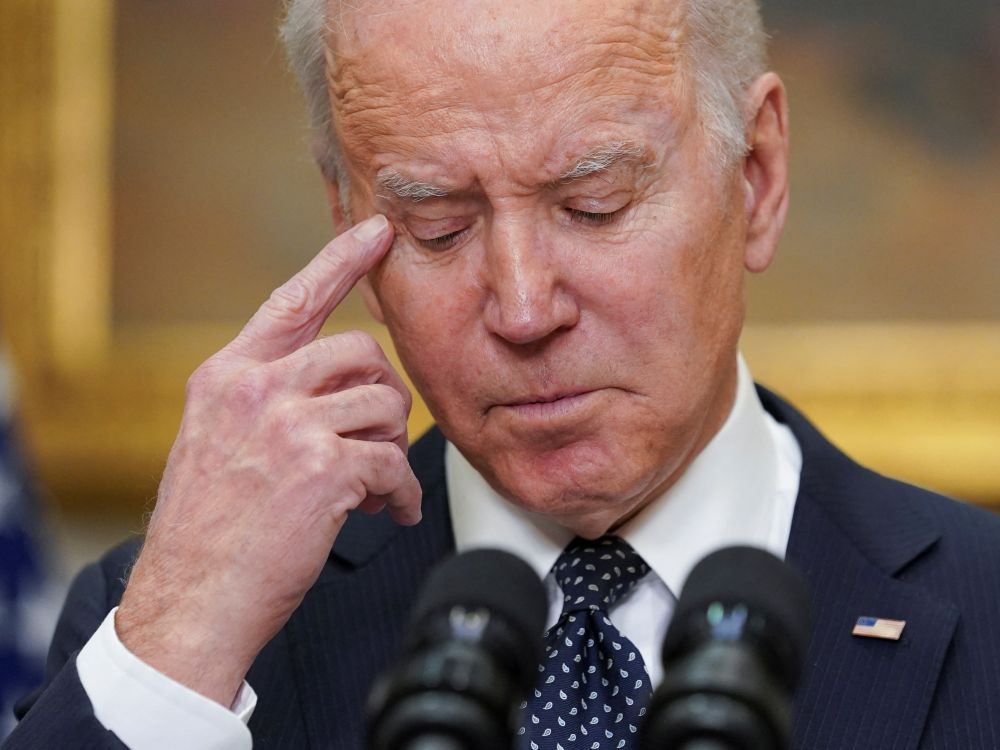 WASHINGTON (Reuters) – The United States and its European allies are set to announce new sanctions against Russia on Tuesday after it on Monday recognized the independence of two breakaway regions in eastern Ukraine and announced sending “peacekeepers” there, led to a further escalation of the crisis on the ground.

The decision announced by Russian President Vladimir Putin on Monday has drawn international condemnation and US President Joe Biden has signed an executive order banning US citizens from conducting any economic activity in the two breakaway regions of eastern Ukraine.

France and Germany have also come out in favor of targeted European sanctions, while the United States and the United Kingdom have said they will announce new sanctions on Tuesday.

“The United States will impose sanctions against Russia for this clear violation of international law and Ukraine’s sovereignty and territorial integrity,” US Ambassador to the UN Linda Thomas-Greenfield said after an emergency meeting of the Security Council. in Ukraine on Monday night.

“We can, we will and we must be united in our calls for Russia to withdraw its troops, return to the diplomatic table and work for peace,” he told reporters.

The United Kingdom announced that it had established a series of sanctions aimed at accomplices in this violation of Ukraine’s territorial integrity, specifying that these measures would come into force on Tuesday.

China called on all parties concerned to exercise restraint and Japan said it was ready to join international sanctions against Russia in the event of a massive invasion.

Russia’s ambassador to the UN, Vassili Nebenzia, called on Western powers to “think twice” and not aggravate the situation.

Russian President Vladimir Putin’s decision to launch a qualified peacekeeping operation in the breakaway regions of Luhansk and Donetsk does not constitute yet another invasion of Ukraine triggering sweeping US sanctions because Russia already had troops in those regions, officials said. Americans.

“It is not an additional invasion as these are territories they have already occupied,” a US official told Reuters.

Washington should announce targeted sanctions that are less severe than those prepared with its Western allies in the event of a Russian invasion of Ukraine.

Reuters was unable to determine precisely what sanctions or export restrictions might be announced on Tuesday, but US President Joe Biden’s administration has in the past prepared an initial set of sanctions against Russia to ban institutions in particular. US financial institutions transact with major Russian banks. according to people familiar with the matter.

The United States will continue its diplomatic efforts with Moscow until “the tanks land,” a US representative said during a telephone news conference.