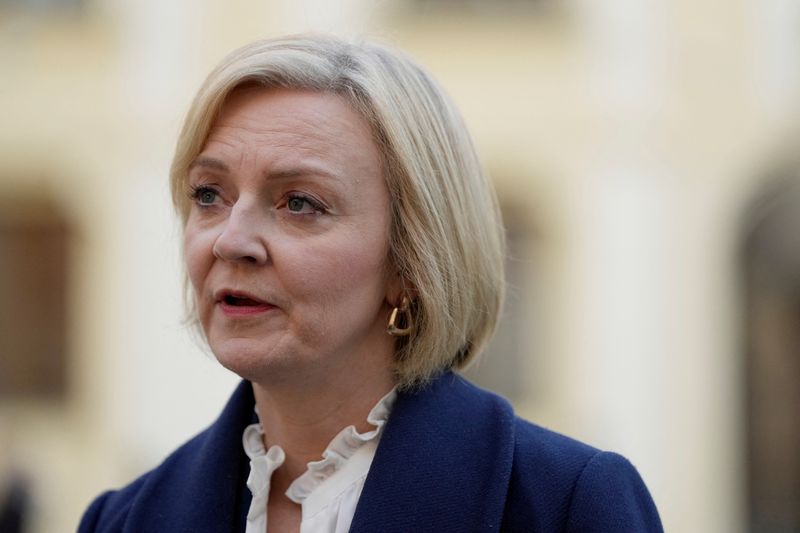 Prime Minister Liz Truss has already stated on several occasions that she would not further modify the “mini-budget” presented last month and her spokeswoman declared on Thursday that “this position has not changed.”

However, the chancellor, James Cleverly, weighed in when asked on Sky News about a possible reversal of the government’s economic policy, contenting himself with saying it was important to support business competitiveness.

The Finance Minister himself, Kwasi Kwarteng, was not more specific when questioned by the BBC on the sidelines of a meeting of the IMF (International Monetary Fund) in Washington DC.

“Our position has not changed, I will present our medium-term budget project on October 31, as I announced at the beginning of the week, and then they will have more details,” declared the Minister of Finance.

Asked specifically about a possible change of course in corporate taxation, he contented himself with replying that his “priority (…) was to fulfill his promises on the mini-budget and ensure the return of growth.”

“Downing Street denies any changes to the mini-budget, but several sources have told me there are ongoing discussions about which parts could be removed given the scale of the concerns,” political editor Sam Coates said on Sky News Twitter.

For his part, the head of the Sun’s political department, Harry Cole, wrote on Twitter that Liz Truss was now planning to raise corporate taxes next year, reversing one of her campaign promises embedded in the “mini-budget”. Present at the end of September.

This economic support program – which plunged the United Kingdom into financial turbulence and forced the Bank of England (BoE) to intervene urgently in the markets – included, in particular, a cancellation of the increase scheduled for 2023 in the interest rate of the income tax. corporations (IS), from 19% to 25%.

“A final decision has not yet been made, but it has in fact been moved,” Harry Cole wrote.

For Paul Goodman, a former Conservative MP, now editor-in-chief of the influential ConservativeHome site, there is only one way out of this situation: “abandoning most of this mini-budget.”

In the absence of details on the financing of the massive tax cuts provided for in this mini-budget, investors, economists, opponents and even some elected members of the Conservative Party have already called on them to reconsider this project, but Liz Truss and her government have affirmed in several occasions that he would stick to this plan.

Beyond the criticism of her economic program, Liz Truss is the target of an increasingly lively revolt within her own party -where some are already calling for her departure just over a month after her appointment-, especially since the Tories they have plummeted in the polls.

But this possibility was ruled out by his Foreign Minister.

“I think a change of leadership would be a disastrous idea, not just politically but also economically, and obviously we will continue to focus on growing the economy,” James Cleverly said.

QUESTIONS ABOUT THE BOE

In markets, sterling, which has depreciated sharply since Liz Truss became the favorite in the race to succeed Boris Johnson in August, rose almost 0.8% against the dollar on Thursday around 2:00 p.m. 30 GMT.

The Bank of England is due to end its emergency bond buying program on Friday, but many analysts believe it will continue to support the economy one way or another, while markets are still worried about massive unfunded tax breaks. planned by the government.

“A central bank is like a doctor: if the patient is really sick, and even if the patient is to blame, it is difficult for him to wash his hands,” summed up Mohamed El Erian, Allianz chief economist adviser and president of Queens, on BBC radio. ‘Cambridge College.

Especially since the economic situation runs the risk of further deteriorating between now and the presentation of the draft budget by the Minister of Finance, Kwasi Kwarteng, scheduled for October 31.

“Household confidence and the business climate are declining. So if we wait three more weeks, the damage will be even greater, not only for the real growth of the economy, but also for potential growth,” warned Mohammad El Erian. .

by William Schomberg and Muvija M.