UK and Belgium pledge to step up efforts against illegal immigration 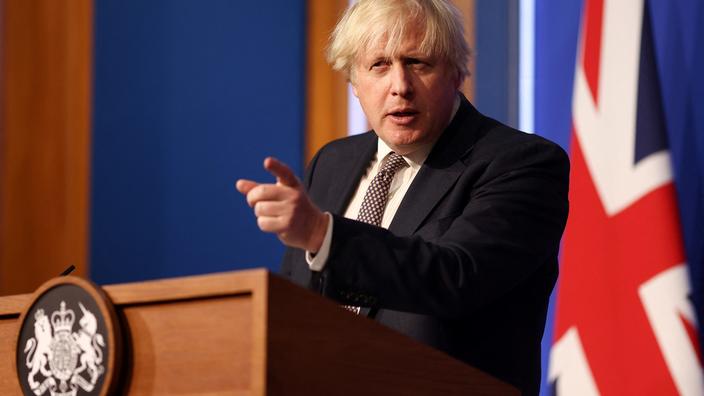 British Prime Minister Boris Johnson and his Belgian counterpart Alexander De Croo signed a joint declaration aimed at strengthening cooperation between their countries, in particular to combat illegal immigration, a week after the death of 27 migrants in the English Channel. .

Read alsoIllegal immigration on the decline in Europe

«The agreement, the first of its kind between our two countries, will strengthen cooperation in crucial areas such as trade, green technologies, security, health and the fight against illegal immigration.“Said a statement from Downing Street, following a videoconference meeting of the two heads of government on Tuesday.

“The need to move urgently”

This discussion was organized just days after a crisis meeting of European interior ministers last weekend on immigration, in the absence of the British. France had canceled British participation in response to Boris Johnson’s social media post of a letter to French President Emmanuel Macron, asking him to pick up immigrants arriving in Britain.

«On illegal immigration, the (UK) Prime Minister underlined the importance of breaking the business model of human smugglers by establishing a return agreement between the UK and the EU and using all modern technologies at our disposal. .Downing Street said after meeting with De Croo.

The French government has also expressed the desire to reach an agreement “Balance“Between the European Union and the United Kingdom on illegal immigration into the Canal, but French Interior Minister Gerald Darmanin warned on Monday that”it cannot be a simple agreement for the readmission of migrants in the territory“French. Every year, thousands of people attempt the dangerous crossing of the Canal in fragile boats, sometimes with tragic results. Last week, 27 migrants were killed when their ship sank.

This drama, the deadliest to occur in the English Channel, reignited tensions between France and the United Kingdom, and Boris Johnson made the fight against immigration his post-Brexit workhorse. During their conversation, Boris Johnson and Alexander De Croo “agreed that recent tragic events underscore the need for urgent progress in this area». «The Prime Minister reaffirmed the UK’s willingness to work with Belgium and other European partners to achieve this.“According to Downing Street, specifying that”Their respective ministers are expected to meet soon to advance this work.».