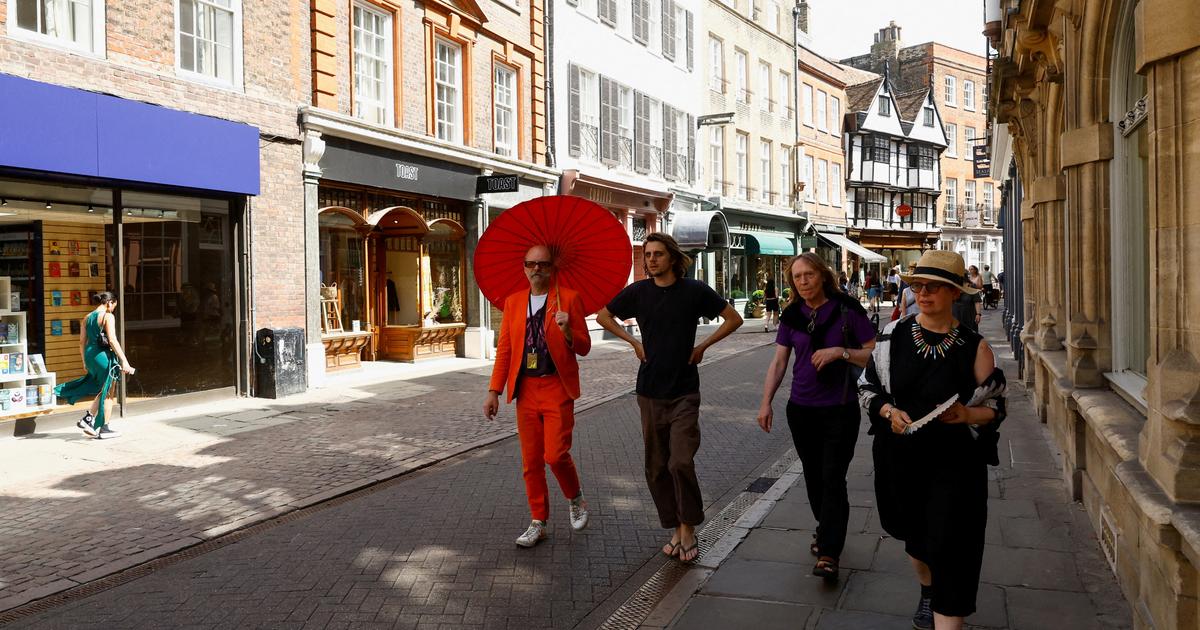 British meteorologists issued a ‘red’ extreme heat warning for the first time on Monday and Tuesday, emphasizing there was a ‘risk to life’.

The British government was accused on Sunday of not taking seriously the heatwave that is set to hit the UK on Monday as meteorologists believe there could be deaths.

Resigning Prime Minister Boris Johnson missed a crisis meeting in Downing Street on Saturday, busy saying goodbye to friends at his Checkers country house in northwest London. And on Sunday, his deputy Dominic Raab seemed delighted that temperatures could break 40 degrees in England for the first time.

“Of course, he has common sense advice: stay hydrated, avoid the sun in the hottest hours, and put on sunscreen, that sort of thing.“, he said on Sky News. But “we should enjoy the sun“He added, assuring that the country was resilient enough to cope with the heat and that there was no reason for schools to close.

Country not equipped for “this kind of heat»

These comments have drawn attention among health professionals and meteorologists. “It’s not a nice sunny day where you can put on some sunscreen, go swimming, or eat outside.“Warned Tracy Nicholls, official of the College of Paramedics. “This is severe heat that could actually lead to deaths because it is too fierce.“, she added. “We are not equipped for this kind of heat in this country.»

Britain’s Met Office meteorologist issued a ‘red’ extreme heat warning for the first time on Monday and Tuesday, noting there was a ‘life risk“. Temperatures could exceed 40 degrees in London, a first for the country. The absolute record recorded in the United Kingdom dates back to July 25, 2019, when the mercury reached a maximum of 38.7 degrees in Cambridge, east from England.

Ambulance services are in a state of crisis and schools have already announced that they will remain closed. The Met Office attributed this heat wave to global warming. The multiplication of heat waves is a direct consequence of global warming according to scientists, with greenhouse gas emissions increasing in intensity, duration and frequency.