These New Robots Are Too Human-Like And It’s Creepy 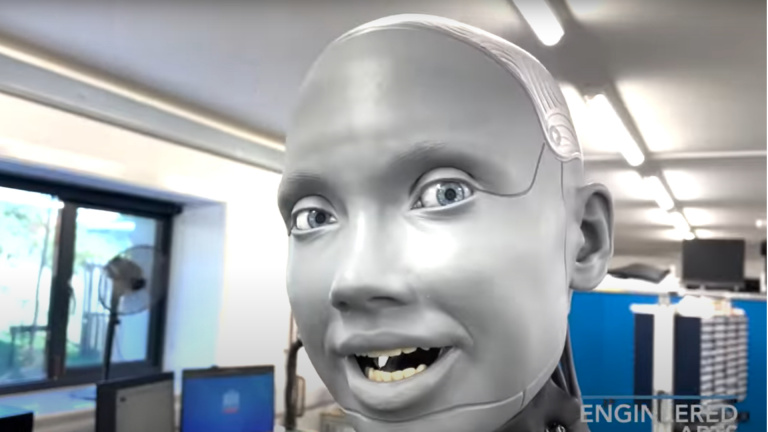 Robots evolve more and more, but they lack one thing: emotions. This is now the case and it’s really creepy. We are reaching a time when a robot can express joy, sadness and even anger.

This humanoid robot can get angry

UK-based robotics company Engineered Arts has just taken another step towards ultra-realistic robots. Introduced with great fanfare last year, the Ameca robot causes a stir again and this is not positive.

Killer robots are part of science fiction fantasies. So having a humanoid look you straight in the eye and express an emotion is scary. But we are still far from having the artificial intelligence that accompanies transcribed emotions, fortunately.

The Ameca robot thus has new facial expressions and greater precision. Therefore, you can look in a mirror and make faces. We find in particular disbelief, disgust or even anger. It’s hard not to feel a certain emotion watching this latest one.

On its website, Engineered Arts describes Ameca as “the world’s most advanced human-shaped robot, representing the latest in human robotics technology.” The goal is clearly to develop the interaction between humans and robots.

Where are humanoid robots going?

It’s hard not to think of movies like IRobot that remind you so much of Ameca. But she is just one of many humanoid robots currently in existence. We can cite the very recent announcement of the new Xiaomi robot. Tesla is also working on its own robot at the same time. Elon Musk, however, spoke of his fear of one day seeing an artificial intelligence take over humans. Paradoxically, he is with an intelligent robot with whom he wants to protect himself.

Ameca is also a true working platform for artificial intelligence. This is to allow an exact transcription of human emotions to a robot. Quite an arduous task, which Ameca takes on too brilliantly.

Robots like Ameca are also a very good animation that brings the crowds together. In the world of events, robots have really taken over. There are robot hosts, waiters, bartenders, etc. It is a whole business that has been developed around robotics. We can easily imagine that this is just a first step towards a future where robots will have some autonomy and freedom of action.

It will be this day that having a humanoid robot with very realistic expressions will probably come as a shock. At the moment none of the robots presented to the general public he is not capable of having complete freedom without depending on Man.