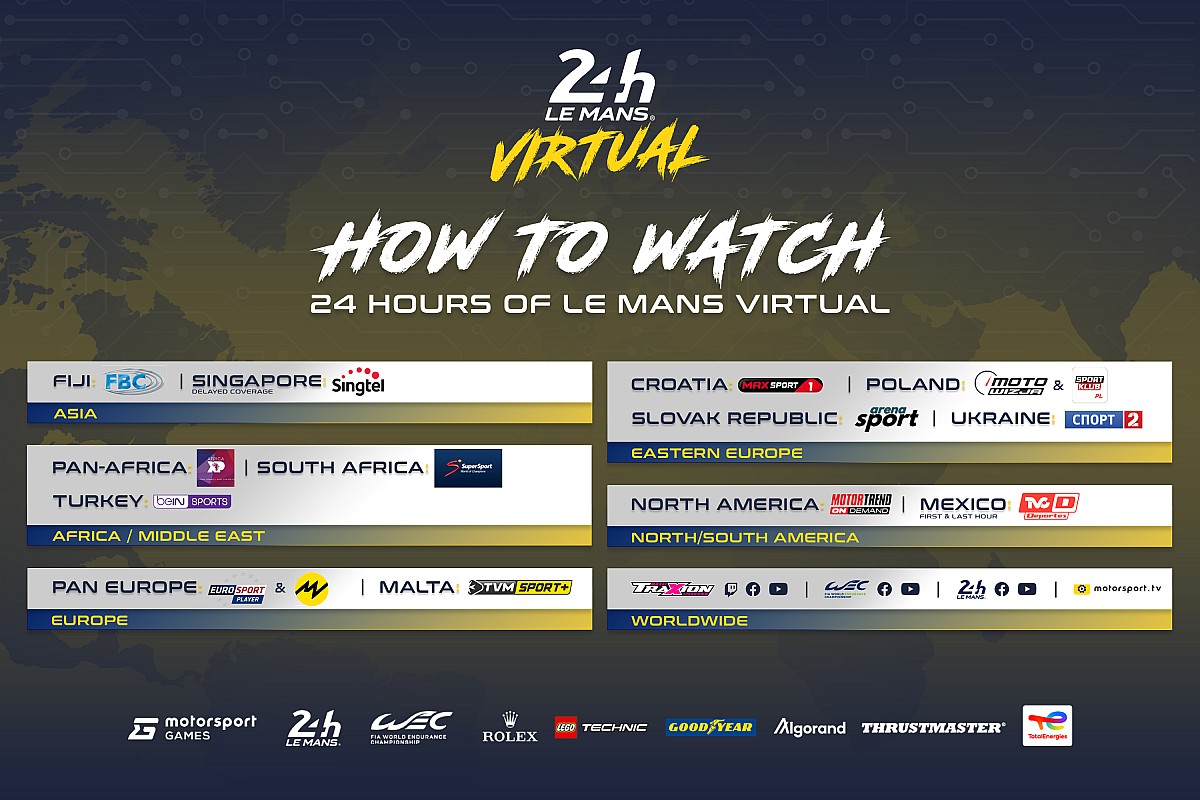 Miami, January 12, 2023 – Motorsport Games Inc. (NASDAQ: MSGM) (“Motorsport Games” or the “Company”) remember today that the 24 Hours of Le Mans Virtual, the Esport final of the Le Mans Virtual Series, will take place this weekend, January 14 and 15, 2023. list of prestigious participants has attracted the interest of major broadcasters around the world, including motor-trend Upon request in North America, CNBC Pan Latin America and Pan Europe, eurosport Player in Europe and M-Net SuperSport in the sub-Saharan regions of Africa. As the event will be streamed on OTT and on-demand platforms, millions of households around the world will be able to access this exciting and extremely popular Esport discipline.

The event will bring together motorsports and esports champions from around the world. Max Verstappen, Formula 1 World Championwill participate in the Monaco race, Felipe Drugovich, Formula 2 championfrom Brazil, and Victor Martins, Formula 3 champion, from France. They will join the IndyCar drivers Romain Grosjean and Felix Rosenqvistplus plenty of real world and esports stars ready to take on the world’s biggest virtual drag race.

The 180 competitors, representing 41 countries, who will drive the 45 cars (there will be four drivers in each car) will be installed in 164 different simulators around the world, and the digital interest from a wide variety of international broadcasters fully reflects the how The pilots and teams are distributed all over the world.

eurosport will cover the entire two-day event live in all its European regions on Eurosport playerwith worldwide coverage provided by motorsport.tv. Many of the successful Esport drivers hail from Eastern Europe, and the two-hour event will be broadcast live on Croatia (Max Sport)in Poland (Motowizja FB and SportKlub)in Slovakia (Arena) and in Ukraine (Sports TV Ch2)while countries like Malta (TVMSports+) and the Turkey (BeIN) will also be broadcasting live.

motor-trend will cover the entire race live in North America on its OTT service, while in densely populated Mexico, TYC will broadcast the first and last hours of the event. M-Net SuperSport Y AfricaXP will broadcast the race live in the sub-Saharan and pan-African regions, expanding global coverage. Finally, the images will be broadcast live to Fiji (FBC) and deferred to Singapore (Singtel).

In addition to the live streams above, many territories will air a special 52-minute video highlights after the event. Information about these broadcasters, including CNBC, Disney/Fox in china and sports 1 in India, it will be communicated in due course.

He official channels of ACO and FIA WEC on YouTube and social networks will show all the action live, from start to finish, just like the official Le Mans Virtual Series website (www.lemansvirtual.com). The broadcast will begin at 1:15 p.m. in metropolitan France and the tricolor will be lowered for the start of the biggest Endurance Esport event of the year in 2:00 p.m..