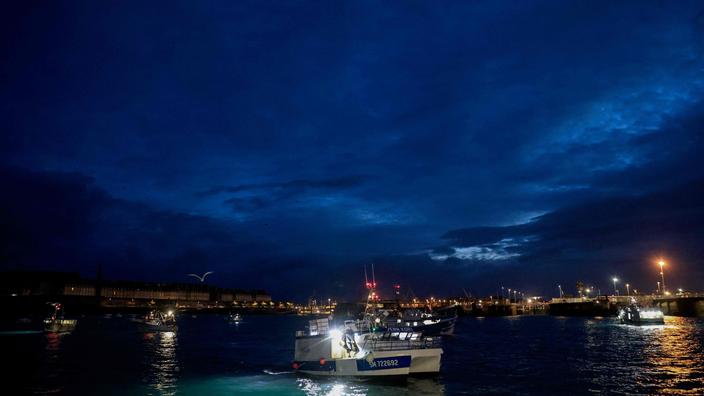 The UK and Norway have concluded a bilateral fisheries agreement, the first between the two nations since Brexit, which provides for reciprocal access to their waters and quota swaps, the Norwegian government announced on Tuesday. Fishing has been one of the main bone of contention between the United Kingdom and the European Union since London left the European bloc, but also between Norway, which is also not a member of the European bloc, and the EU. “I am satisfied that the agreement with the United Kingdom is finally closedNorwegian Fisheries and Sea Minister Bjørnar Skjæran said in a statement. “This is the first time such an agreement has been signed.“. By 2021, the two countries had not agreed.

The agreement notably states that each country can fish up to 30,000 tonnes of demersal fish (which live near the bottom, as opposed to pelagic species) and 17,000 tonnes of herring next year in the other’s exclusive economic zone. It also gives British fishermen the chance to catch up to 6,550 tonnes of cod around the Svalbard archipelago in the arctic waters of the Barents Sea. These waters are at the center of a dispute between the EU and Norway. To take into account the departure of the United Kingdom from the EU, Oslo wants to reduce – to 17,885 tons of cod – the quotas of European fishermen to whom Brussels has unilaterally granted catches of 24,645 tons.

read alsoPost-Brexit fishing: “The government is letting our profession disappear”

The conflict arises from a different interpretation by the two parties of the Treaty of Paris that governs the status of Svalbard. While recognizing Norway’s sovereignty over the archipelago, the treaty specifies that all signatory states may carry out economic activities there on an equal footing. For the EU, this provision also applies to the 200-mile economic zone, a concept that did not exist in 2020, while Norway interprets it restrictively, limited to 12 miles of territorial waters. Meanwhile, the UK remains locked in a standoff with the EU, in particular France, over the licensing of French fishermen in British waters. Not having obtained all the licenses it required, France indicated that it would ask the European Commission to initiate legal proceedings against the United Kingdom.