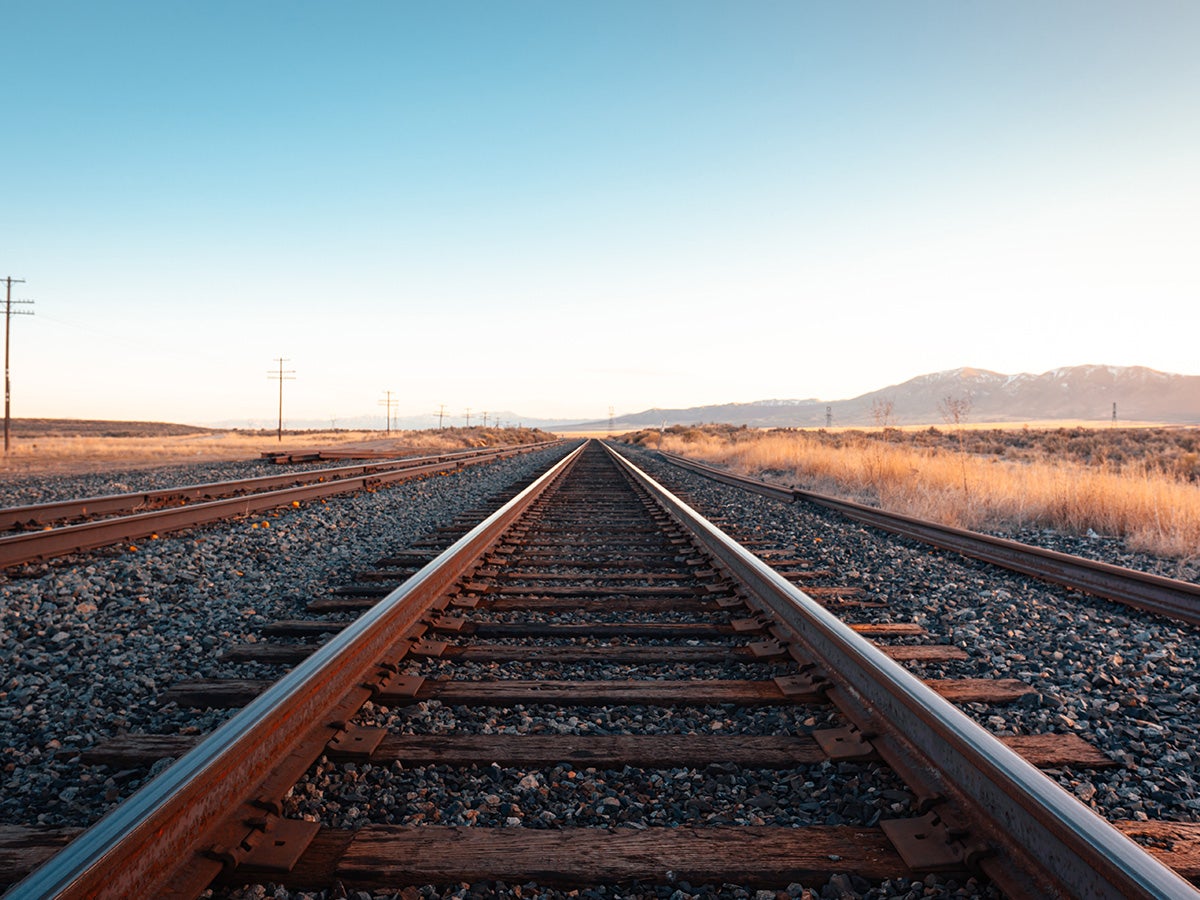 The long-term test of an energy company gives hope for a possible supplier of energy between the tracks of the Deutsche Bahn. In general, the railway network of approximately 61,000 kilometers offers the energy potential of five nuclear power plants. All that should be necessary for this are solar panels that are placed between the individual rail parts. In theory, this sounds like a creative use of an already used area that could solve a lot of problems. But can the answer to the search for renewable energy sources really be that simple?

The Bankset Energy company started testing the development of the German railway network for solar energy production in 2018. Originally, the investor installed the first modules on a private railway near Bern. The first work in Saxony finally followed in June 2018. Here, the installed solar modules should reach a total output of 200 megawatts over a track length of 1,000 kilometers. By 2022, the intention was to start an expansion up to 10,000 kilometers of track. According to the company pv magazine he also worked on similar projects in Great Britain, France, the United States, China and Italy.

We have now reached the year 2022. In the south of Saxony, at a location just before the Czech border, a disused train station is being used for further testing by the company. The photovoltaic modules are located between the individual rails, which capture sunlight and convert it into the long-awaited electricity. To test the longevity of the construction, a train runs through it once a day. According to information from the Bankset company to the Süddeutsche Zeitung, the tests have so far been carried out without any problems. So could there be unused energy potential here?

Untapped potential: the Deutsche Bahn rail network as a solution for the energy transition?

Bankset sees great untapped potential in the Deutsche Bahn rail network to generate renewable energy. The company estimates that a structure like the one at the test site could generate 0.1 megawatts of electricity per kilometer. If you extrapolate these values ​​to the entire Deutsche Bahn track network, the area of ​​application would be huge. In total, some 61,000 kilometers of rail have been laid in Germany, which in extreme cases would have the capacity of five nuclear power plants. That would be the ideal perspective for the expansion of renewable energies. The many questions about which areas can be used for the further development of renewable energies would be obsolete. In general, the company has been testing the promising technology for many years. According to Bankset, so far the tests have been carried out very efficiently and safely, so the company is ready for expansion.

However, no further expansion has taken place so far. Exactly why this is so far is unclear. Neither the company itself nor Deutsche Bahn wanted to make explicit statements to the Süddeutsche Zeitung about whether and how any future expansion of the rail network would take place. However, this can have different reasons. Since Deutsche Bahn itself is known to intend to use only green electricity by 2038, it is possible that the company has its own plans for the potential use of its routes. Until now, Deutsche Bahn has deliberately kept a low profile with information about its own energy production.

On behalf of the Federal Railway Authority, the testing organization TÜV Rheinland examines the potential of photovoltaic systems in railway systems. To get its own assessment of how much power could be used effectively with Deutsche Bahn systems, the TÜV is looking at several companies in a study. This has been running since December 2021 and is planned for a total of 14 months, so more detailed results are not yet available. However, Bankset and the company’s test track are said to be part of the study. The Italian company Greenrail is one of the other companies that TÜV examines for a balance sheet. It makes railway sleepers from recycled car tires and also equips them with solar cells. Therefore, various companies are trying various approaches to make the large road network in the countries usable for power generation.

However, it remains to be seen to what extent the technologies will actually be usable. The conditions on the test track in Saxony can provide initial indications of the behavior of the solar modules under load, but cannot be compared to train traffic on rails in active use. Here, the trains would pass the modules much more frequently and faster each day. Weather conditions or any damage caused by dirt on the tracks should also be taken into account. That may be one of the reasons why Deutsche Bahn has not yet specifically decided on plans to expand the technology. Ultimately, it only remains to be seen if and in what form rail networks will provide additional electricity in Germany in the future.