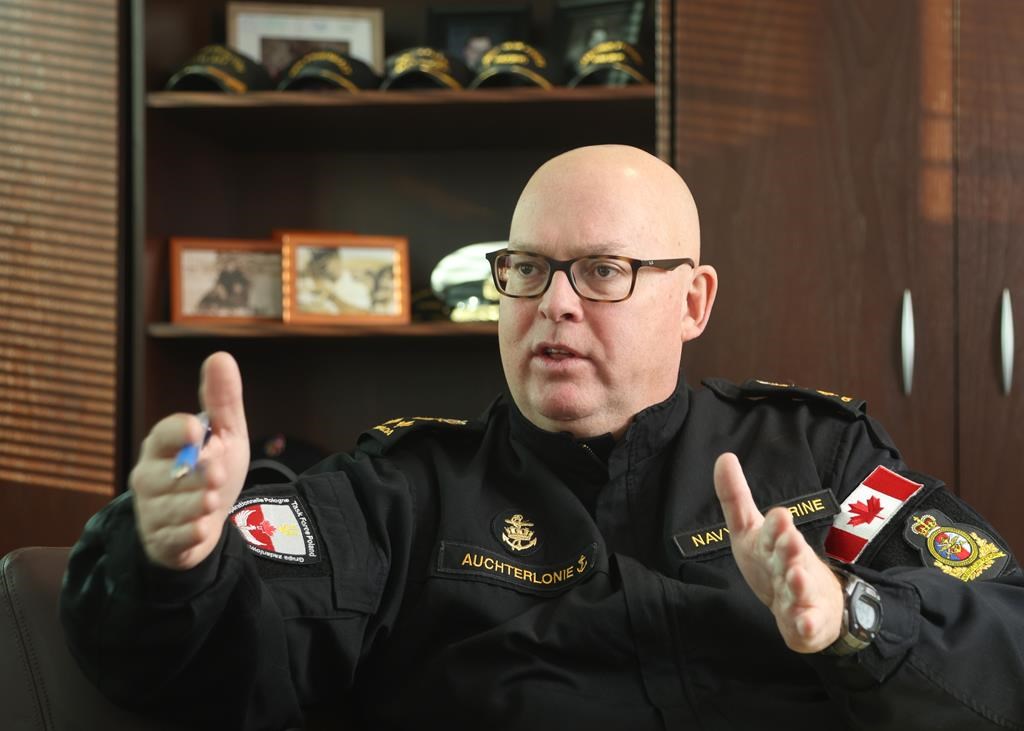 OTTAWA — The Canadian Armed Forces high command is concerned about not having access to state-of-the-art technology because Canada is not part of a security pact signed by its closest allies Australia, the United Kingdom and the United States.

The trilateral treaty, also known by the acronym “AUKUS,” was announced in September 2021. For many, its goal is to counter China’s growing military presence in the Indo-Pacific region, where Canada has large economic interests.

Much attention was paid to the treaty when the United States and the United Kingdom announced their intentions to equip Australia with nuclear-powered submarines.

“Underwater nuclear technology has been around for a while, so sharing it is not that important. It is more serious when talking about advanced technologies such as artificial intelligence, machine learning or quantum machine learning. This is changing rapidly. We have to be part of these discussions. Why were we not included? Where does the resistance come from? Is this our policy? Are we going to invest? These are questions that raise concern.”

The federal government has never explained why Canada was not part of AUKUS. It is not even known if he had been invited to sign the treaty. Defense Minister Anita Anand’s office again evaded answering the question last week.

Daniel Minden, a spokesman for Ms. Anand, preferred to speak about Canada’s involvement in Five Eyes, an alliance of intelligence services from Canada, Australia, New Zealand, the United Kingdom and the United States, NATO and NORAD.

“We continue to work with our closest allies to keep Canadians safe through Five Eyes and our bilateral partnerships,” Minden wrote in an email.

For some experts, Canada’s absence from the treaty could be explained by a perception that it is not tough enough on China.

In recent months, Canada has toughened its stance on China. It closed the door on Chinese telecommunications giant Huawei from developing the country’s 5G network, imposed new restrictions on foreign ownership of critical minerals and unveiled a new strategy in the Indo-Pacific.

Vice Admiral Auchterlonie sings the praises of this new strategy that includes the deployment of more warships and other military assets in the region and greater military collaboration with different countries.

“This strategy and the ban on companies [chinoises] investing in the North are steps in the right direction for Canada. We recognize the challenges we face.”

US officials have long warned Canada that it will stay out of classified intelligence if Ottawa does not take a stronger stance against China. This was particularly the case during the reign of Donald Trump and the Canadian waver on 5G.

“I work with our partners at Five Eyes. I have not noticed any change in the exchange of information, stresses Vice Admiral Auchterlonie. It is a good signal”.

The senior officer said he was aware of a political dimension to AUKUS’ Canadian absence. He acknowledges that it may not be his place to express concern about this.

“It’s probably not my role, but you have to face the truth: what is my livelihood? I am the operational side of the Armed Forces. So am I worried? Do I want to get involved with our closest allies? Yes! Absolutely. This is important given the technology transfers involved. Canada must be a part of that.”