The dispute between Great Britain and France continues 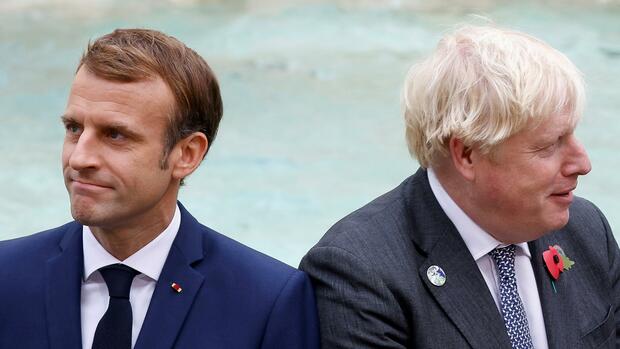 Paris Hardly a day goes by without a new dispute between France and Great Britain. Disputes over fisheries and migration put the relationship between the two countries to the test in the post-Brexit era. The relationship is locked because there is no real solution yet.

France and Great Britain blame each other for the two problems. British Prime Minister Boris Johnson is under internal political pressure and he has to be tough. France would like to renegotiate the agreements with Great Britain.

After an immigrant ship capsized in the English Channel en route to Britain, killing 27 on Wednesday, the situation is now even more tense. Many British media point to France because it allowed this situation to occur.

Boris Johnson wrote an angry letter to French President Emmanuel Macron, which was also published. He accuses France of a lack of commitment and increases pressure on Paris to avoid crossings. A 2004 bilateral agreement ordered France to protect the British border: it had to prevent refugees from crossing.

Johnson wants an additional agreement to return the migrants. This is supposed to ruin the smugglers’ business. He also called for joint patrols with France, to which Paris refused.

The EU regulation on the return of asylum seekers no longer applies to Britain since Brexit. France interpreted the lawsuit as an affront, and French Home Secretary Gérald Darmanin invited British Home Minister Priti Patel to attend Sunday’s migration meeting in Calais, northern France, with ministers from Germany, France, Belgium, the Netherlands and representatives of the EU Commission. . This is a strong sign of outrage, but at the same time a delay in negotiations on the immigration issue. Britain appealed to invite the minister to return.

In Britain, criticism was voiced about the lack of legal opportunities to immigrate; at the same time, the government is said to make immigration even more difficult. However, the question is where asylum seekers should be controlled. France does not want to take responsibility for this, and Britain does not want the review on British soil first.

Macron rejected the demands Johnson had made in his letter: He hoped the British would “refrain from exploiting a dramatic situation for political purposes.” There has to be cooperation to overcome the crisis.

London and Paris had just signed a new cooperation agreement to stop the growing number of immigrants. London pledged 62.7 million euros to support the French authorities. According to the French media, the money arrives in the form of drops. France, on the other hand, needs 200 million euros a year to protect the coastline of about 100 kilometers.

Macron asks the EU for help

The British-French relationship is already difficult due to the dispute over fishing rights in the English Channel. The noise came to a head when French fishermen re-blocked the Eurotunnel and several French ports on Friday. They demand more harshness from the French government in negotiations with the British. A complicated situation.

French President Emmanuel Macron asks the EU for help and calls for the Frontex border police to be strengthened. France is only a transit country for immigrants, so greater European cooperation is needed to combat illegal immigration. But it also announced that it would increase controls on its northern shores.

Meanwhile, he faces pressure from all sides, as immigration is a major issue in France’s presidential election campaign. However, the main tenor in France is that Europe’s external borders must be better protected and pressure must be put on countries of origin and smugglers.

Conservative political circles say illegal immigration should be restricted. Conservative presidential candidate and former chief Brexit negotiator Michel Barnier described the migrant withdrawal demand as a “renewed provocation” by Boris Johnson. From the ranks on the left, it is said that immigrants should be better housed in France. But so far there is no real solution. Meanwhile, there are constantly new ships on their way to Britain.

Plus: At least 27 dead in the sinking of a migrant ship in the English Channel, warn Macron and Johnson.