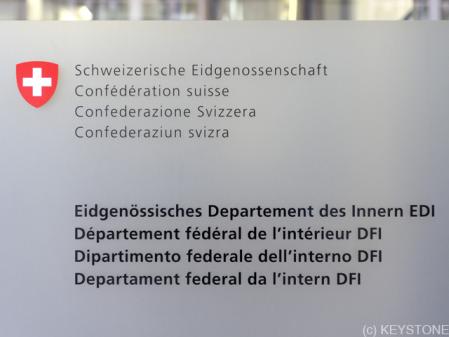 Bern (awp) – After a sharp decline in March, Swiss exports rebounded in April thanks to the good performance of shipments of chemical and pharmaceutical products, as well as machinery. Imports, by contrast, fell, returning to the level of December 2021. The trade surplus stood at 3.8 billion Swiss francs.

After posting a volatile trend over the previous two months, Swiss deliveries to foreign countries rose 2.5% in April compared to March to 22.02 billion Swiss francs, the Federal Customs and Border Security Office said on Tuesday. OFDF). Expressed in real terms, that is, corrected for inflation, exports fell, however, slightly, by 0.1%.

Swiss shipments have thus shown a flat evolution in the last six months, with the exception of the peak reached last February. As for imports, they fell sharply, down 7.7% to 17.78 billion Swiss francs. In real terms, the drop was 3.8%.

During the analyzed month, the increase in exports was fundamentally based on the two pillars of chemical and pharmaceutical products, as well as machinery and electronics. The former, fueled among other things by medicines and diagnostic items, saw their shipments grow by 5.4% to 11.4 billion Swiss francs. The latter grew by 3.9% to 2,710 million.

Shipments of metals as well as food, beverages and tobacco also showed expansion. On the contrary, watch exports contracted by 4.3% to 1,990 million, as did those of precision instruments (-7.4% to 1,430 million), after two months of growth. Jewelery and jewelery shipments suffered a serious setback, falling 10.2% to 980 million Swiss francs.

Broken down by region, exports to Europe rebounded after setbacks in February and March, jumping 7.3% to 13.09 billion Swiss francs. Shipments to the European Union increased by 5.8% to 11,910 million and those destined for the euro zone by 6.1% to 10,940 million.

Despite the sanctions imposed on Russia since the invasion of Ukraine, exports soared 31.6% to 177 million Swiss francs. The strong growth in percentage, but also weak in value, that is to say 43 small million, nevertheless follows a fall of more than half (-58.4%) in March.

On the import side, the fall suffered in April is mainly due to the drop in entries of chemical and pharmaceutical products (-17.8%) as well as energy products (-24.2%). However, in real terms the latter increased by 6%. Arrivals of vehicles as well as food, beverages and tobacco also fell, while on the contrary those of machinery, electronics and textiles, clothing and footwear, as well as jewelery and costume jewelery increased.