‘Shell is like VOC, with all the negative and positive connotations’ 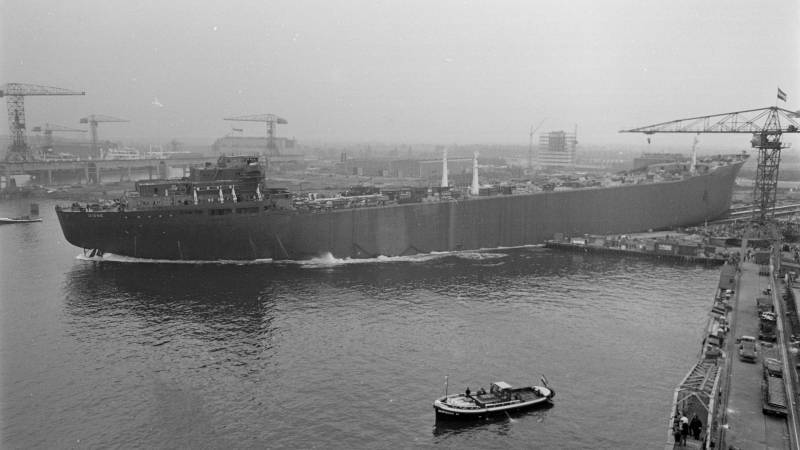 Today history will be made in Ahoy Rotterdam. Shell’s shareholders’ meeting is expected to give the green light to the company’s plan to fully establish itself in the UK.

Therefore, the head office will move from The Hague to London. The designation ‘Royal Dutch’ also disappears from the company name, 130 years after the approval of the articles of incorporation of ‘De Koninklijke’ in the Spui of Amsterdam.

At the moment, only a few jobs will disappear. But sentiment associated with the move is high and that’s understandable, says investigative journalist and historian Marcel Metze. His book on Shell, or more precisely: his ‘political biography’ of the company, will be published next year. “Shell has become a great political player over the last 130 years. Oil is political and that fascinates me immensely.”

news hour has agreed with Metze in a cinema in Amsterdam. Historic fragments roll across the canvas: the first oil drilling in Sumatra, the controversial oil projects in Nigeria, the 1973 oil crisis. The early 1970s were crucial, says Metze. “After the oil crisis, dictatorial regimes in the Middle East took over oil production more, changing the role of oil companies. They owned the oil, but they became operator and I had to joint ventures with all kinds of regimes. The ties between the oil companies and these dubious regimes tightened and thus oil became more political. “

Oil got more political and Shell fished in murky waters. That was the case from the beginning, says Metze. “In many countries, Shell could not properly drill for oil without the help of the military. In the early years, they operated in politically unstable areas not far from Aceh, where military force was immediately used to fight the so-called rebels. This It also happened because Shell was therefore early. “

On the 1979 Markant television program, former Shell CEO Gerrit Wagner (1971-1977) is asked: when do you decide to stop doing business with a regime that, for example, violates human rights? “There may be situations where you have to say: I can’t work in this place anymore, this is going too far. But a multinational is not a gentleman. I have never been more than an exponent, a representative of many interests ”.

Metze also spoke to Wagner, years later. The former CEO honestly explained to the journalist what his general rule was. “He said that before you do something that could go wrong, ask yourself: If this comes out, can I get away with it? And that’s how Shell operated. They pushed the boundaries and got a lot of hands dirty. Every time there was a You had to make an ethical consideration, but there were also commercial interests, Shell gave priority to the latter. I think that still applies. “

Therefore, the shareholders’ meeting must give the green light to Friday’s measure. A historic moment, and Metze will be there. He emphasizes that his book is not a list of abuses in which Shell was directly or indirectly involved.

Shell also deserves admiration, says Metze, if only for the unprecedented political agility the company has shown since its inception. “They know the shortcuts through the swamp, in exotic places but also in the Netherlands. Not only Shell’s diplomatic skills, but also Shell’s lobbying skills, are excellent. They always know exactly which letter to write to whom and in what. time. what purpose should I pursue. Over the years, they have proven to be much smarter and more agile than the Dutch government, which they often outright surpassed. “

What will Royal Dutch Shell’s 130 years look like later? Metze: “You can compare Shell with the VOC, and I think historians will write it that way later. With all the negative connotations that accompany it, but also with the positive: the immense importance for the Netherlands. Shell managed to open doors that soon they will remain closed. “