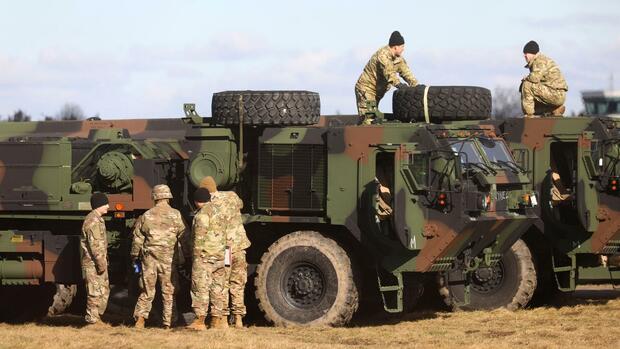 Russia has accused the US of increasing the risk of war by warning of Russian aggression in the Ukraine conflict.. The “propaganda campaign” by the United States and its allies is pursuing “provocative goals,” Moscow said after a phone call between Foreign Minister Sergey Lavrov and his American colleague Antony Blinken on Saturday. “Kiev is encouraged to sabotage the Minsk agreements and damaging attempts at a military solution to the ‘Donbass problem,'” he said.

Moscow repeatedly accuses Kiev of not fulfilling its obligations since 2015 im Belarusian Minsk will not comply with the peace plan for eastern Ukraine. Unlike the West, Russia sees the danger of war from Ukraine and fears that they may try to use force to recapture breakaway areas in Lugansk and Donzek.

The United States, on the other hand, warned on Friday that a Russian invasion of neighboring Ukraine could take place as soon as next week. Washington also announced the transfer another 3000 soldiers to Europe. Several states, including Germany, asked their citizens to leave the country.

Moscow also said that in the conversation with Blinken, Lavrov also criticized the West for ignoring central Russia’s demands for security guarantees. Among other things, the Kremlin demands an end to NATO’s eastward expansion. and in particular he wants to prevent Ukraine from joining the Western military alliance. NATO has rejected this demand and refers to the free choice of state alliances.