Pound falls ahead of UK jobs and inflation data 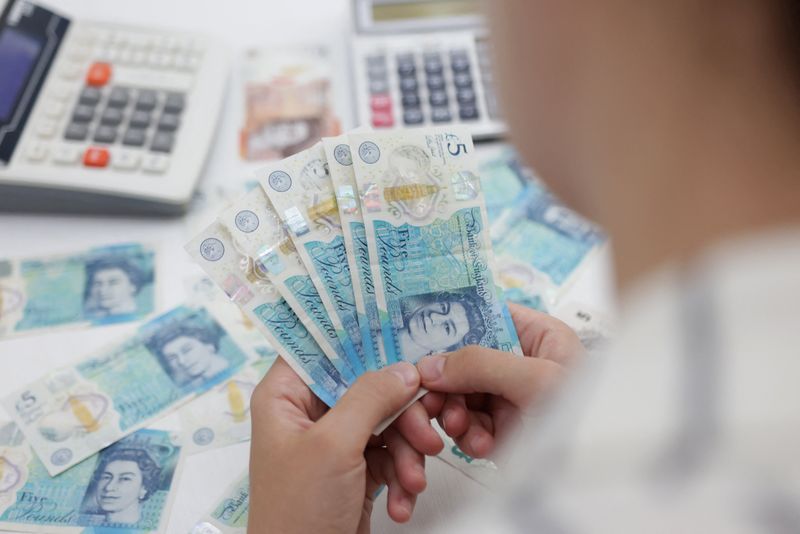 Adding to the pressure on sterling, hopes of further progress in talks between UK and EU negotiators on post-Brexit trade rules for Northern Ireland are fading.

The British prime minister’s spokesman said on Monday that significant differences remain between Britain and the EU.

Against the euro, the pound fell 0.23% to 88.73 pence after hitting its lowest level against the single currency since late September on Friday.

Employment data will be released on Tuesday and inflation figures on Wednesday, which will show how the UK economy fared towards the end of last year.

Chris Turner, ING’s director of currency strategy, said expectations for rate hikes this year have eased since last week and data will be key in reaffirming those expectations.

“It’s not clear if this week’s data will help ease those expectations (wages and inflation could remain high), but we think the BoE’s tighter forecasts will come under pressure in the coming months,” he said.

A 10th consecutive BoE rate hike is expected at the February 2 central bank meeting, with money markets pricing in a 65% chance of a 50 basis point (bp) hike and a 35% chance of a hike 25 sc. [IRPR]

Meanwhile, the government of Prime Minister Rishi Sunak is under increasing pressure to try to resolve wage disputes with hundreds of thousands of workers after months of strikes that caused widespread disruption.

Britain faces further disruption as teachers in England and Wales are set to announce a strike, joining nurses, railway workers and others in industrial action.

Against the euro, however, it has weakened 2.5% in three months.