One year after Brexit, uncertainty mounts in Britain – EURACTIV.de 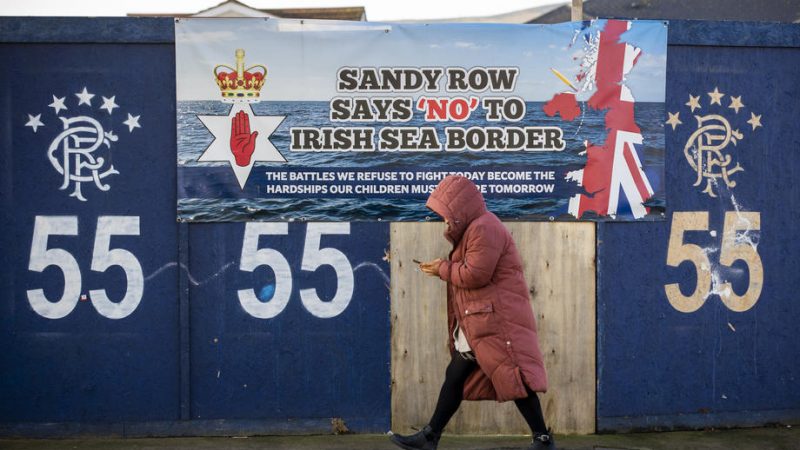 Brexit has been a reality for a year. However, it is only marginally mentioned in the political debate by the British opposition parties. However, Brexit still has the potential to divide the population.

That assessment comes from data presented Tuesday at a conference organized by the academic think tank Britain in a Changing Europe.

The polarization caused by Brexit has affected many different political debates.

The think tank’s report, published on Tuesday, shows that the Brexit gap has not been closed since the 2016 referendum. 62 percent of voters still identify with “Leave” or “Remain”.

The split also shapes their attitudes toward other issues. Twice as many people believe that Brexit was bad for the economy and bad for immigration. However, Leave and Remain supporters still have very different views on the economy.

“Brexit identities are also strong,” the report says. “In October 2021, 60 percent of Leave voters and 67 percent of Stay voters said their identity was very or extremely important to them.”

“The clear majority of those who identify with Brexit still feel strongly connected to their identity.”

The two camps remain divided on whether Brexit has benefited UK democracy and global influence.

Figures on the impact of Brexit turned negative after the summer, when food and fuel shortages led to long queues at petrol stations and empty supermarket shelves, according to Professor John Curtice, a BBC election researcher and member of Britain in a changing Europe.

In the first half of 2021, according to polls, the majority of citizens were in favor of the country remaining outside the Union. In the last six or seven months, however, Britons have voted to rejoin the EU by an even split of 52% to 48%.

“The Brexit question still weighs heavily on the support of the parties,” says Curtice.

Attitudes towards Brexit are also affecting views on Scottish independence. The voters who remain are more pro-independence and in Northern Ireland those who oppose Brexit are more in favor of the Northern Protocol and a united Ireland.

“It’s a slap in the face to all Northern Irish with British identity that there is a border in the Irish Sea,” said Alibhe Rea, a correspondent for the weekly New Statesman.

“Brexit has highlighted and fueled pre-existing fears, reflected in falling support for the main unionist parties,” he added.

Activating Article 16 of the Northern Ireland Protocol is one of the last steps Prime Minister Boris Johnson can take to bolster support for his party.

It is possible that the government will activate article 16, thus suspending the protocol, for the tactical reason of keeping the unionists on their side.

“Now there is a problem with relations between Ireland and the United Kingdom. There is a lack of understanding on the Irish side on Brexit,” said Professor Jon Tonge, Professor of Political Science at the University of Liverpool.

At the moment, however, the opposition parties in England are not trying to capitalize on the public’s doubts.

Shocked by the scale of their 2019 election defeat, both Labor and the Liberal Democrats have remained silent on Brexit. Government policy failures and economic difficulties were also unrelated to the country’s situation outside the EU.

On the contrary, the Conservatives have succeeded in linking Brexit to the government’s success in quickly launching the mass vaccination program against the coronavirus. It is one of the few moments in the pandemic for which Boris Johnson’s government has been widely credited and which Curtice called a “brilliant public relations stunt”.

Six years, three prime ministers and two elections later, the Brexit debate is still not over.