Brits BOOZY started their wild nights on the town to ring in the new year.

Thousands of revelers flocked to pubs, bars and clubs across the UK to celebrate the end of 2022.

Yellow weather warnings for rain, snow and ice have been put into effect at opposite ends of the country.

But the wind and rain did not spoil the evening, and the British continued to dress to perfection.

In Leeds, revelers were photographed running from one bar to another with umbrellas, coats and bags over their heads. 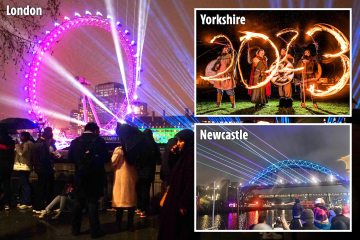 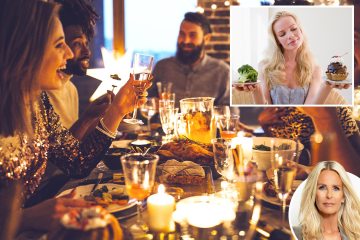 The ladies all dressed in party attire, with sparkles, heels and mini dresses and a group of children were seen wearing tuxedos.

Meanwhile, in Blackpool, two sassy, ​​well-dressed women were photographed baring their butts as police walked by.

And in Newcastle, two smart young men were seen protecting their barnets with plastic bags as they queued to get into a bar.

In London, thousands of people are already lining up along the length of the mall hoping to gain access to The Embankment on New Year’s Eve.

London will host a spectacular fireworks display at midnight to ring in the New Year over the River Thames for the first time since the pandemic began.