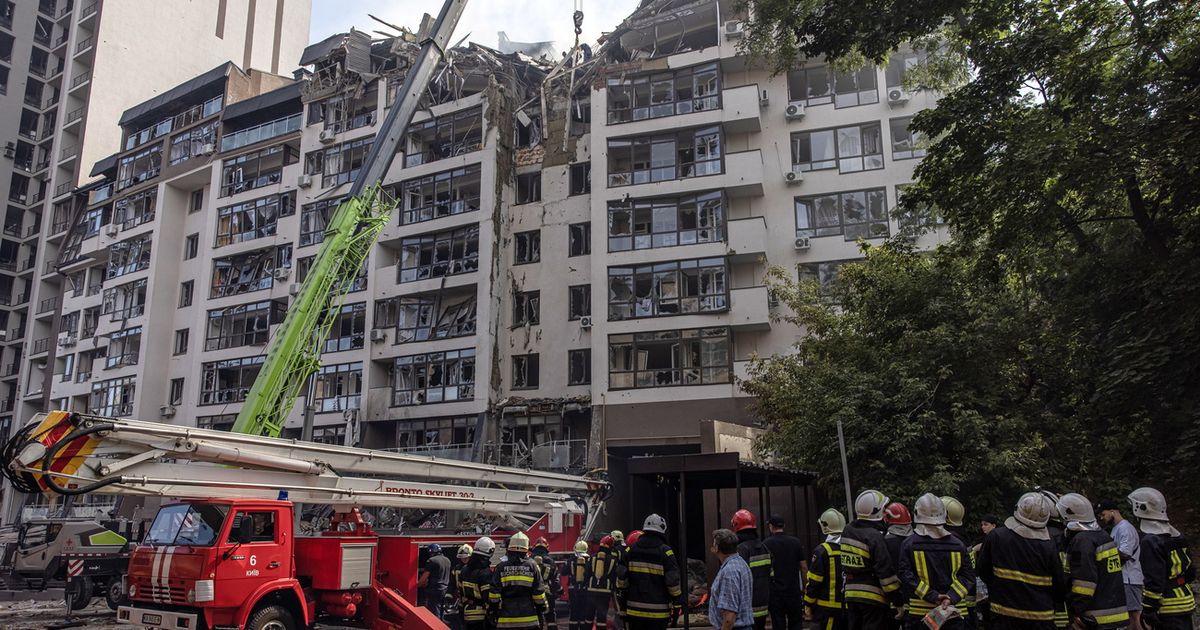 In Seversk, a large Ukrainian city near the new front line in the east of the country, a feeling of abandonment has taken hold of the inhabitants who “try to survive”, at night in the cellars and during the day looking for water, food, help and medicine.

“Everyone is suffering. We are trying to survive,” says Nina, 64, a retiree pushing her bike. “There is no (mains) water, no gas, no electricity. We have been living under the bombs for three months, it is the Stone Age,” she said.

A mobile truck offers Polish products and food, bread, sausages, gas refills for camping. Residents gather around the vehicle as the prolonged roar of Grad rockets is heard.

This small town in Donbass, eastern Ukraine, looks like a village with its one-story houses planted along dusty roads.

Throughout the day, Ukrainian military vehicles come and go. Also tanks, relief trucks and ambulances. Ukrainian troops are now fighting in Lysychansk, on the opposite bank of the Donets River.

In Seversk, the inhabitants who are still there, including many retirees, have the impression of being abandoned by Kyiv. “The city is absolutely dead and we would like to live a little longer,” complains Marina, 63, a retired worker. “They are just killing us, it is dangerous everywhere”, and “nobody needs us, there is no help from the government, Ukraine has forgotten about us”.

“We don’t live, we survive,” laments another 60-year-old woman, Polina.