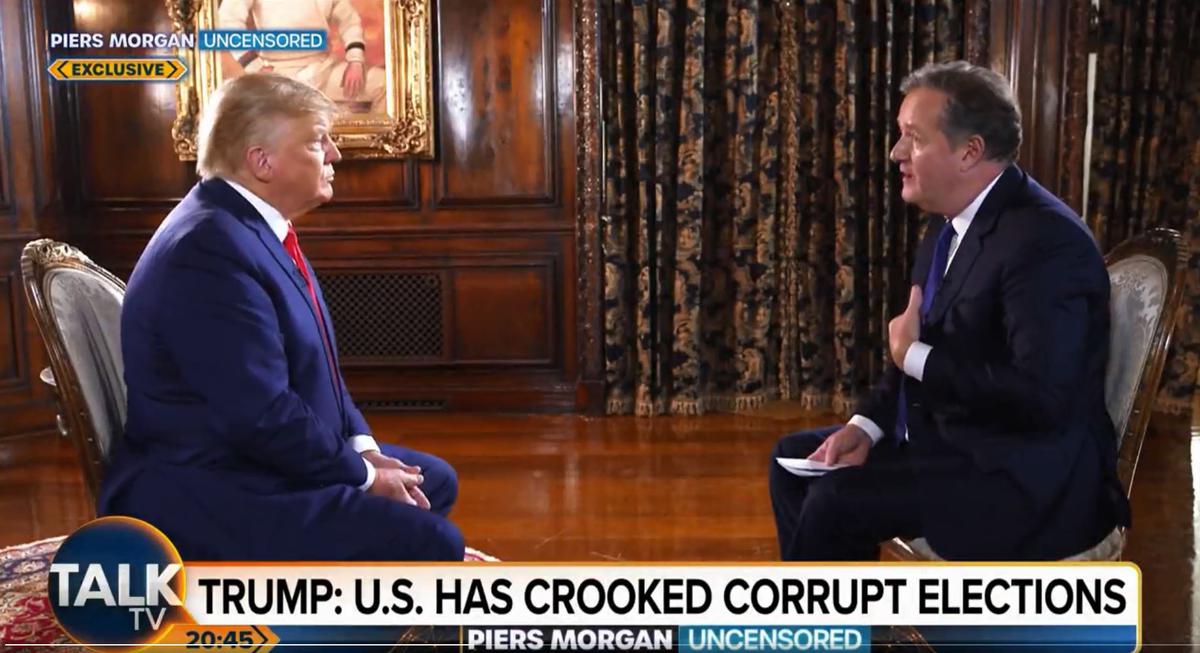 Opening the antenna, journalist Tom Newton Dunn, with his face and right shoulder forward, introduced “TalkTV” as a “bold new channel”, with a visual dressing -blue splashed with yellow- and a sharp sound.

After a news program with catchy topics – British soldiers captured in Ukraine, inclusive writing and Prince Andrew – the channel broadcast an interview with the former US president conducted by presenter Piers Morgan, known for his virulent comments aimed at the politically supposed. Right. A promotional video clip for the show, titled “Uncensored,” showed Donald Trump abruptly leaving the room after heated exchanges about the 2020 US presidential election that he claimed had been “robbed” from him.

“Everything will be there”

In a statement, the former president said Morgan had “illegally and deceptively attempted to disrupt his long and tedious interview.” “There will be everything,” replied the journalist, who presented his program as a “fearless forum for live debate” and “that celebrates the right of everyone to have an opinion.” In the interview, Donald Trump claims he threatened his Russian counterpart, Vladimir Putin, “in a way he had never been threatened before” when he was in power, about the prospect of an invasion of Ukraine, refusing to say more.

The interview marks Piers Morgan’s big comeback since he left in March 2021, live on ITV’s morning show. He had accused Meghan Markle, wife of Prince Harry, of lying, who had mentioned in an interview his suicidal thoughts and lack of support from the royal family.

TalkTV airs on UK television, streaming platforms and Youtube and will be presented by journalists from The Times and The Sun, two newspapers owned by Murdoch.

“Playing at the BBC”

As early as June 2020, Murdoch’s group, News Corp, had launched Times Radio, supposedly to compete with BBC Radio 4, the public news channel. “Mr Murdoch’s real goal is to get to the BBC,” said Jean Seaton, a media professor at the University of Westminster. The BBC and the public broadcasters are a thorn in the side of the strategic business interests of News International (News Corp’s UK subsidiary).”

While the Australian mogul has long been angry about UK legislation banning the kind of pro-Trump content he can broadcast on his Fox News channel in the US, he has found fertile ground for his empire in the UK in controversies and the “anti-Woke” agenda of Prime Minister Boris Johnson.