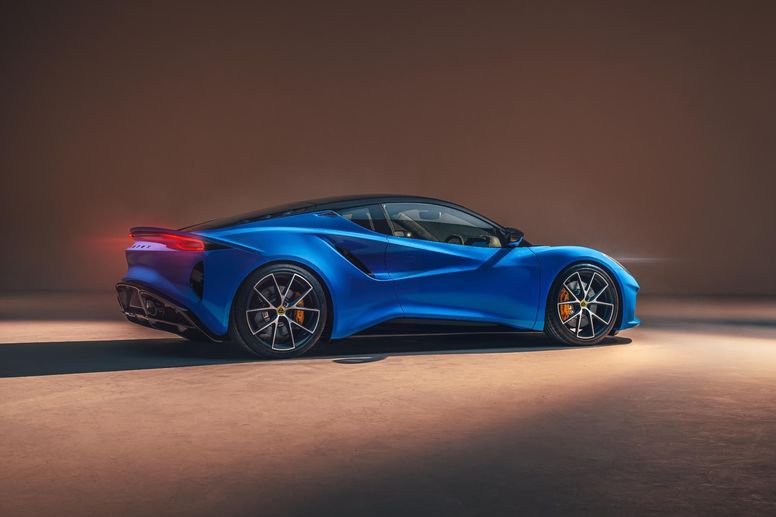 After launching the V6 First Edition version, the Hethel manufacturer has just revealed the specifications and prices of the Emira First Edition, the 4-cylinder version of its new sports car.

The new Lotus Emira, which has replaced the Exige, Evora and Elise models in the Lotus catalogue, is also the last model equipped with an internal combustion engine marketed by the British manufacturer, which will then switch to electric mode (the SUV Type 132 100% electric is expected in particular on March 29).

After the Emira V6 First Edition presented last September, Lotus presents the Emira First Edition powered by the M139 4-cylinder block with direct injection supplied by Mercedes-AMG. An engine developed specifically for the Emira that, with 365 hp, is none other than the most powerful road legal 4-cylinder in the world.

This engine, combined with an 8-speed dual-clutch automatic gearbox (DCT) and steering wheel paddles, will offer the performance expected by sports driving lovers, who will benefit as a bonus from this First Edition version, from numerous equipments.

Sitting on a set of 20-inch ultralight forged alloy wheels (silver or gloss black finish), with red, black, yellow or silver brake calipers, the vehicle is offered in a choice of six colors (Seneca Blue, Magma Red, Hethel Yellow, Dark Verdant, Shadow Gray and Nimbus Grey) which will be enhanced with the lower “black package” fitted as standard. LED lighting, electrically folding heated exterior mirrors, as well as a titanium exhaust pipe, are also part of the menu for this model, which will also be offered on the passenger compartment side, with upholstery in red, black, gray and beige, as well as in black Alcantara with red, yellow or gray stitching.

Apple CarPlay and Android Auto are part of the specification, as is a 10-channel/340-watt premium sound system developed with UK brand KEF, and several option packs also come standard on the car, including the Lotus Drivers Pack. which offers customers a choice of Tour or Sport suspension, and Goodyear Eagle F1 Supersport or Michelin Pilot Sport Cup 2 tires for its 20-inch wheels.

Interested? The Lotus Emira First Edition is available from £71,995 in the UK and €87,995 in Germany. For comparison, the entry-level Emira model costs £59,995 across the Channel.