London: Tens of Thousands Smuggled Through the English Channel 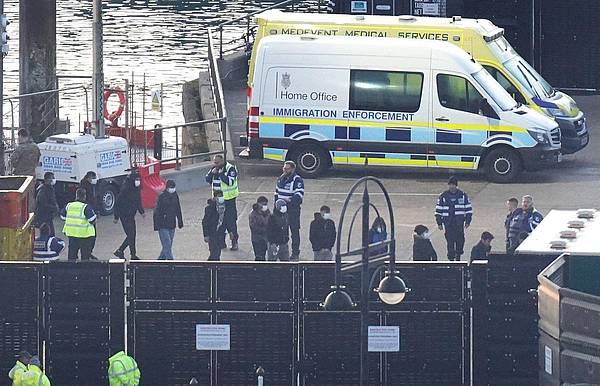 London (dpa) – According to official figures, more than 40,000 people have illegally crossed the English Channel into Britain so far this year. As the British Ministry of Defense announced on Sunday, a total of 972 people traveling on 22 boats were arrested on Saturday. This means that significantly more immigrants entered the UK illegally in 2022 than in 2021 as a whole, when 28,561 people arrived.

The Crosses are a thorn in the side of the Conservative government in London. He wants to dissuade immigrants with radical measures. For example, people who have entered the country illegally must fly to Rwanda in East Africa, regardless of their asylum status. According to media reports, Britain and France are about to sign a comprehensive agreement to prevent illegal crossings.

British Secretary of State for Home Affairs Robert Jenrick said in a guest article for the “Sunday Telegraph” newspaper that the government was forced to rent expensive hotel rooms at taxpayers’ expense due to low capacity. That will change. “The ‘Hotel Britain’ must end and be replaced with simple, functional accommodation that does not create additional attractions,” Jenrick wrote. “Human decency must be accompanied by sober common sense: Illegal immigrants have no right to luxury hotels.” Jenrick went on to claim that Britain offers too many incentives for immigrants and accused refugees of “buying asylum”.

Recently, conditions at the Manston detention center in the south-east of England made headlines. Up to 4,000 migrants were housed in the facility designed for 1,600 people.