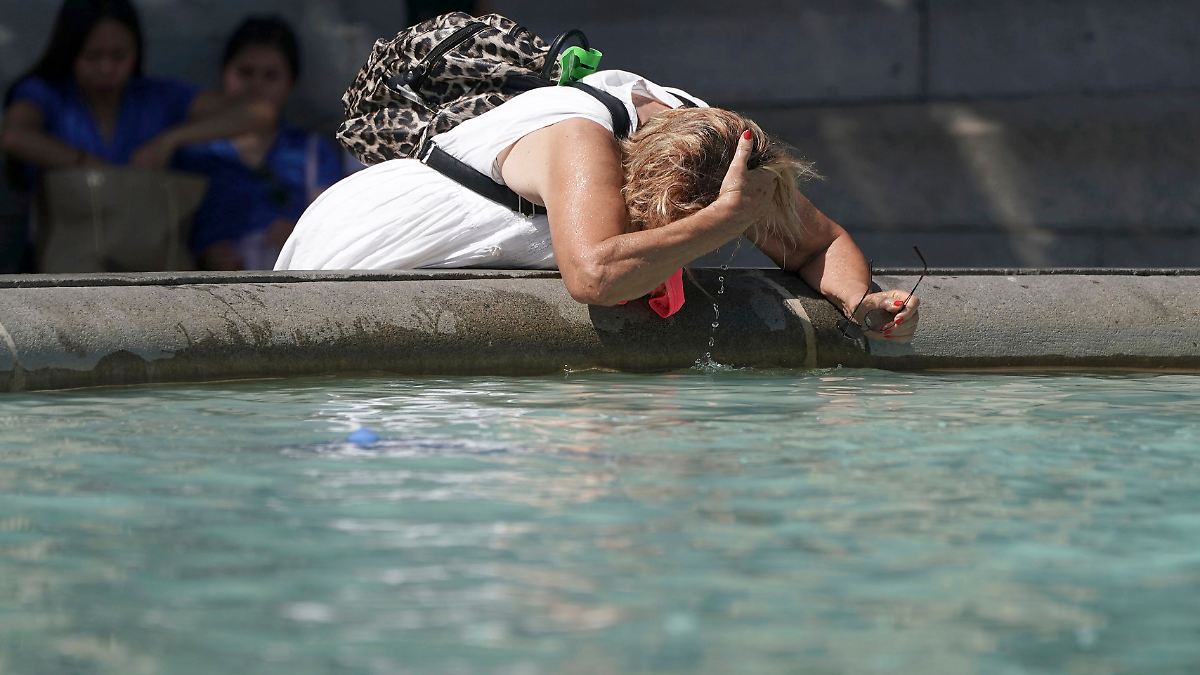 Nothing works in the UK anymore: schools and shops are closing, rail traffic is at a standstill. The reason for this is the extreme temperatures in many parts of the country, which dwarf anything known so far. And as the day progresses, it could get even hotter.

Temperatures in the UK have topped 40 degrees for the first time since records began. In Coningsby, in the eastern English county of Lincolnshire, 40.3 degrees were measured, according to preliminary data from the Met Office weather service. It was previously measured at 40.2 degrees Celsius at London’s Heathrow Airport and at St. James’ Park in the government district.

In London, the fire brigade had to deal with a series of violent fires and declared a major loss situation. The emergency services spoke of “unknown challenges”. Shortly before that, a British heat record of 39.1 degrees was set in Charlwood, in the English county of Surrey, but it lasted just over an hour. Tuesday night had already turned out to be the hottest yet.

Public life was disrupted in much of the country earlier in the week: schools remained closed and some shops and restaurants closed. Rail traffic was delayed or even canceled entirely because the infrastructure is not designed for such high temperatures. As announced by route network operator Network Rail, operations on major rail lines along the English east coast and in the Midlands have been completely halted.

“The climate crisis will continue to escalate”

People have been urged to change their travel plans. The disabilities had already occurred on Monday due to the heat. Among other things, several flights had to be canceled or diverted at London’s Luton Airport due to runway damage. School lessons were sometimes cancelled.

Before this week, the heat record for the UK was 38.7 degrees measured in Cambridge in 2019. This value had already been exceeded at around 30 measuring stations in the country by late Tuesday afternoon.

“This is not ‘the new normal,'” Swedish climate activist Greta Thunberg wrote on Twitter, referring to the record-breaking temperatures. “The climate crisis will continue to escalate and worsen as long as we hide in the sand and put profit and greed before people and planet. We continue to sleepwalk into the abyss.” Climate change has made heat waves more common and likely.