Lampard breaks his hand while celebrating: Activist ties himself to the goal post 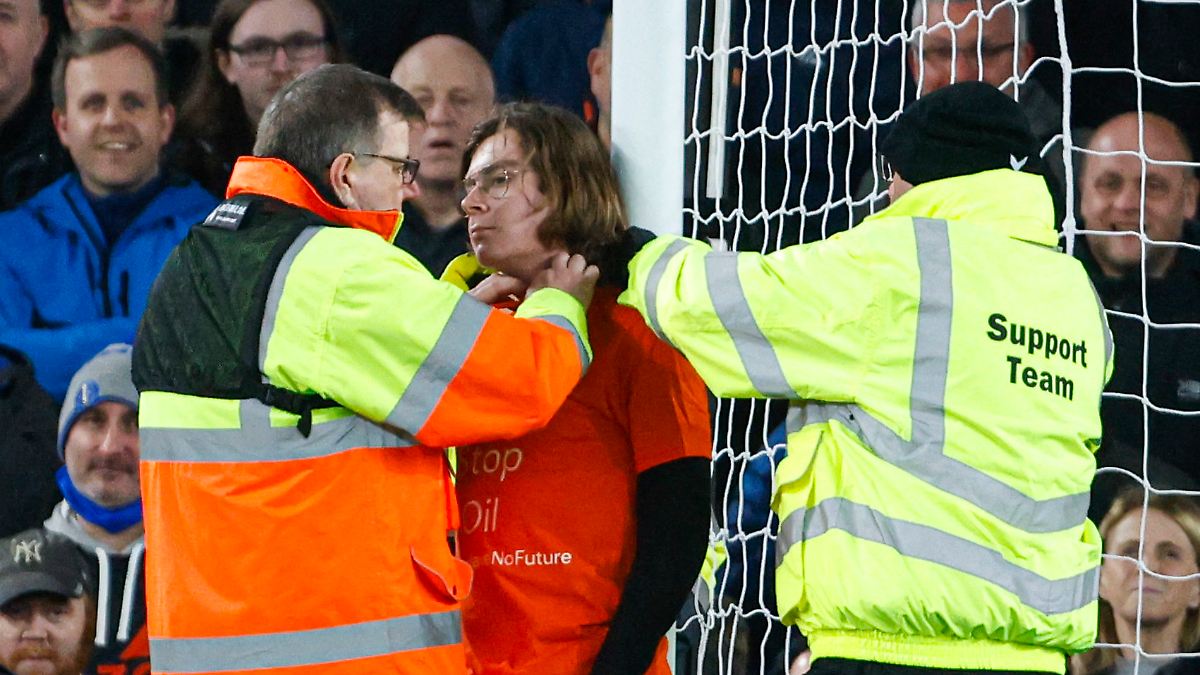 A turbulent game with a dramatic interruption from the fans ended with the winning goal in the 99th minute: Everton won in the relegation battle and manager Frank Lampard broke his hand in the process. Previously, a young activist is tied to the goal post with a cable around his neck.

Team manager Frank Lampard paid dearly for Everton FC’s victory in the Premier League. “I broke my hand celebrating,” the 43-year-old told Amazon Prime after the last-minute 1-0 win over Newcastle United: “It hurts a bit and it shakes a bit but I don’t care.”

Lampard apparently suffered the injury while celebrating Alex Iwobi’s last goal (90+9) despite being outnumbered. It was an important goal in the battle for relegation. For the first time after four bankruptcies, the “Toffees” win a game again. Everton is three points from the relegation zone. He also accepts his injury for the three points, Lampard said.

“It was an amazing night and we need nights like that. Spirit and unity, the players got up tonight,” enthused Lampard, who took over the club at the end of January. “It was not a night of quality or tranquility. The stadium means a lot, we all feel it. I wanted to take advantage of the atmosphere.”

Previously there had been a curious interruption of the game in the game. A spectator had tied himself to the goal post with a cable tie around his neck and had to be “freed” by several marshals with shears before he could be removed from the pitch.

The young man was wearing an orange t-shirt that read “Just Stop Oil”, a campaign group working to stop fossil fuel exploration in the UK. After a break of almost ten minutes, the recovery game continued.

There is a video of the confession on the group’s Facebook page to accompany their protest: “Today I will interrupt a game to highlight the impact of oil use on our environment. The land is at stake because people have to flee because of it. of global warming and fighting for their future,” says the young man who tied himself to the pole. According to his own statements, his name is Louis McKechnie, he is 21 years old and an engineering student. Before the action, McKechnie said that he was scared, but that he should tell as many people as possible about the dangers and the future as soon as possible.