“It goes beyond the experienced”: clinics fear a dramatic situation from Omikron 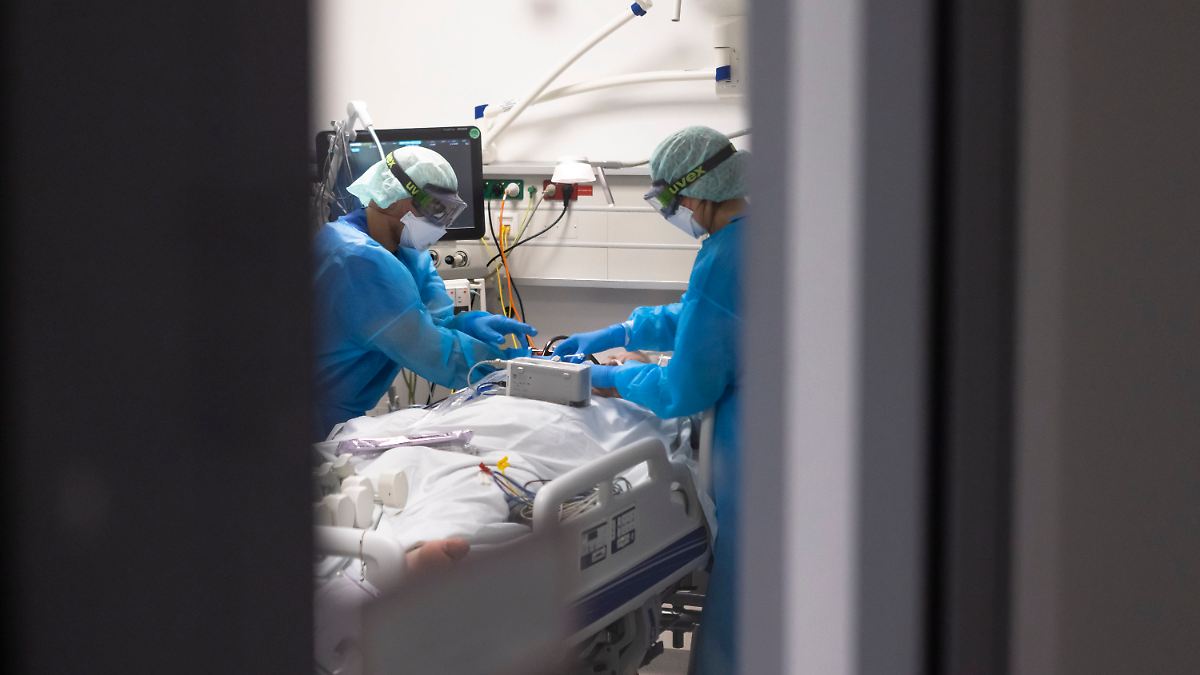 “It goes beyond everything lived”

Developments in Denmark and Great Britain lead to fear of bad things: With the rapid spread of the Omikron variant, the number of infections is skyrocketing. The head of the Gaß clinic is prepared for hospitals in Germany for the maximum and demands quick countermeasures.

According to the German Hospital Association (DKG), the situation in clinics in Germany could worsen significantly if the prognoses for the Omikron variant of the coronavirus turn out to be true. If it is confirmed that this is much more contagious than Delta and that the courses are comparatively difficult, in the worst case one will have to deal with a large number of seriously ill patients at the same time, said DKG chief Gerald Gass. “For hospitals, this would be a more aggravated situation that goes beyond anything we have experienced so far.”

Federal Health Minister Karl Lauterbach recently made it clear that he expected a massive fifth wave. According to the SPD politician, the Omikron wave could be delayed, but not prevented. The countries Great Britain and Denmark, which are already particularly affected by the variant, had registered record numbers of new infections in recent days. Germany’s northern neighbor, along with France, will be classified as a high-risk area starting Sunday. With the exception of Luxembourg, all of Germany’s neighboring countries will be considered such areas in the future.

Gaß asked politicians to analyze the Omikron findings from other countries “very carefully” and, if fears are confirmed, to take countermeasures “very soon” with contact restrictions. “Then we must not waste time, then we have to act immediately, even before the numbers in Germany increase and an overload of the hospitals can no longer be avoided.”

City Council Chairman Markus Lewe cautioned that the adult vaccination campaign must keep up its momentum: “This is good news: never have so many people been vaccinated and boosted every day as now. We vaccinate incessantly, even on weekends. at many vaccination centers and doctor’s offices. This pace should continue smoothly into the new year. ” The federal government is required to provide enough vaccines.

With a view to Christmas, Lauterbach called on all citizens to travel according to the principle: “We protect each other.” Everyone should take the test beforehand or at least test themselves, preferably several times. The Minister of Labor, Hubertus Heil, also appealed to the sense of responsibility of the people, also with an eye to the economy. “The question of getting vaccinated is not just a question of personal health responsibility or solidarity with those with previous illnesses, children and those who work in intensive care units. It is also a question of financial responsibility, ”said the SPD politician. Rheinische “Post”. “We can only get out of this crisis with vaccines.”