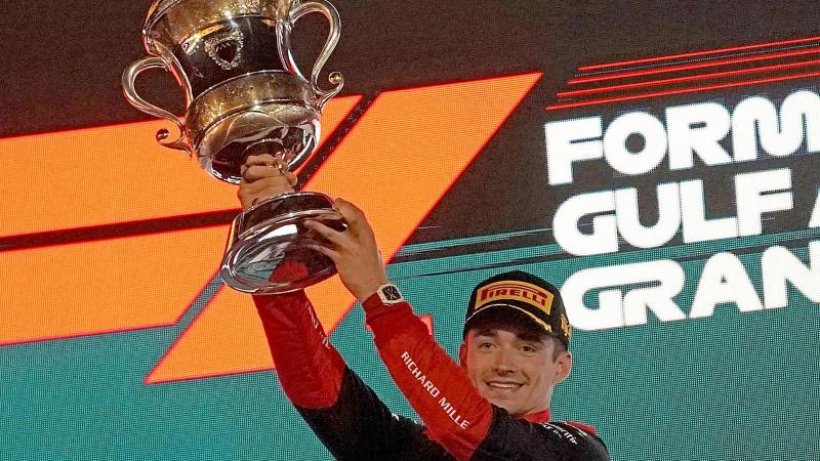 World champion Max Verstappen had to park his Red Bull in the garage after a defect with three laps to go and seven-time champion Lewis Hamilton was third. The international press writes about this:

Our unit – the newsletter

Eintracht Braunschweig is your club? Then order our free weekly newsletter here.

“The Guardian”: “The new era of Formula One could not have asked for a more compelling start than the drama, triumph and disaster of the season opener in Bahrain.”

“AS”: “Ferrari shocks the champion. Strong double with victory for Leclerc and second place for Sainz. Verstappen fought for the victory but his steering wheel broke. Alonso, tenth. Red Bull, zero points.”

“La Repubblica”: “But here they are again: they came to the desert to win, (…), they stayed true to their strength, which was already noticeable in pre-season testing and also in qualifying. The double whammy increases the size of the Reds (of the Ferrari racing team).”

“La Gazzetta dello Sport”: “Leclerc first, Sainz second: Ferrari is back. Red euphoria. There is no mirage in the desert. Everything is true. (…) The new era of Formula 1 begins in Bahrain with a thrilling victory .(…) Two years in purgatory to see the stars again Ferrari has risen from the rubble of 2020, when sixth place in the constructors’ championship was its worst result since 1980.”

“Corriere della Sera”: “Red Resurrection. One and two for Leclerc and Sainz, Ferrari returns to its former glory. (…) It is the New Year of Ferrari, the celebration of the liberation after the black belt of 45 Grand Prix without winning.(…) It ends with deep injuries, seasons of humiliation, fighting for the occasional podium in stages”.

“Blick”: “Exuberant Ferrari celebrations in Bahrain. It worked. The first victory since September 22, 2019 (Vettel in Singapore) is a fact. The long suffering of the Scuderia is over.”