In the United Kingdom, a year-end marked by an unprecedented social movement 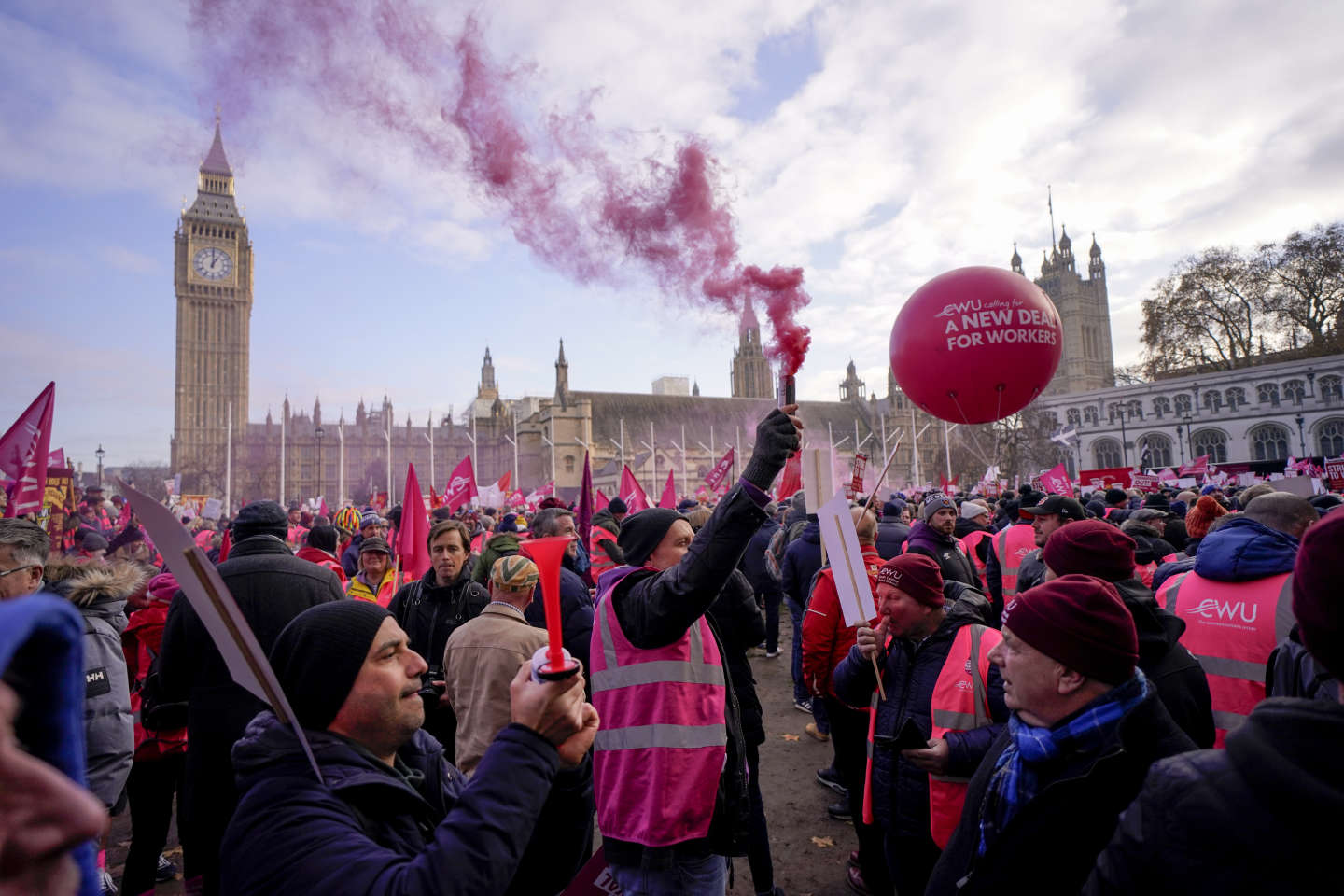 For forty years the United Kingdom has not seen a similar social movement: more than a million workers are preparing to strike, between December 12 and 31, at the call of their various union federations, at the risk of paralyzing part of the country during the holiday season The railway workers, already mobilized since the summer, will be disconnected for at least eight days: dozens of trains from London, but also in the Midlands and the north of England, will be cancelled, fourteen railway operators will be affected.

Some 115,000 employees of the Royal Mail (the post office, privatized in the early 2010s), who had already been on strike for twelve days since July, have left another ten days off since Friday, December 9. Baggage handlers will go on strike at London’s Heathrow airport, as will Eurostar security staff. As of December 22, motorway personnel in Greater London and the south of England will enter the dance, as well as customs officers, as of December 24, at Heathrow and Gatwick, the other London airport.

Even more symbolic, in a country that adores its hospital system, the public and free but increasingly failed National Health Service (NHS), paramedics are expected to stop working on December 21 and more than 100,000 nurses and nurses than fifty hospitals voted in favour. strike for December 15 and 20, at the call of his union, the Royal College of Nursing (RCN), for the first time since the creation of the latter, marks… one hundred and six years. And that is counting without teachers or novice doctors, further “most likely ready” to work stoppages in early 2023, according to the British Medical Association.

Also read: In the United Kingdom, a historic strike by nurses, whose real wages have fallen by 20% since 2010

At the center of this social rebellion are the salary demands, while in the public or parapublic function the increases proposed by the employers do not exceed 5%, inflation reached 11.1% per year in October and that average salary has stagnated for a decade, a consequence of the austerity era launched in 2010 by the Cameron government.

According to figures from the British Trade Union Confederation (Trades Union Congress, TUC), employees lost on average and in real value 20,000 pounds sterling (about 23,230 euros) between 2008 and 2021. Given energy prices that have doubled and some With food prices rising 16% in a year, living decently on these wages is becoming difficult, especially in London where rents are prohibitive.

You have 73.08% of this article left to read. The following is for subscribers only.