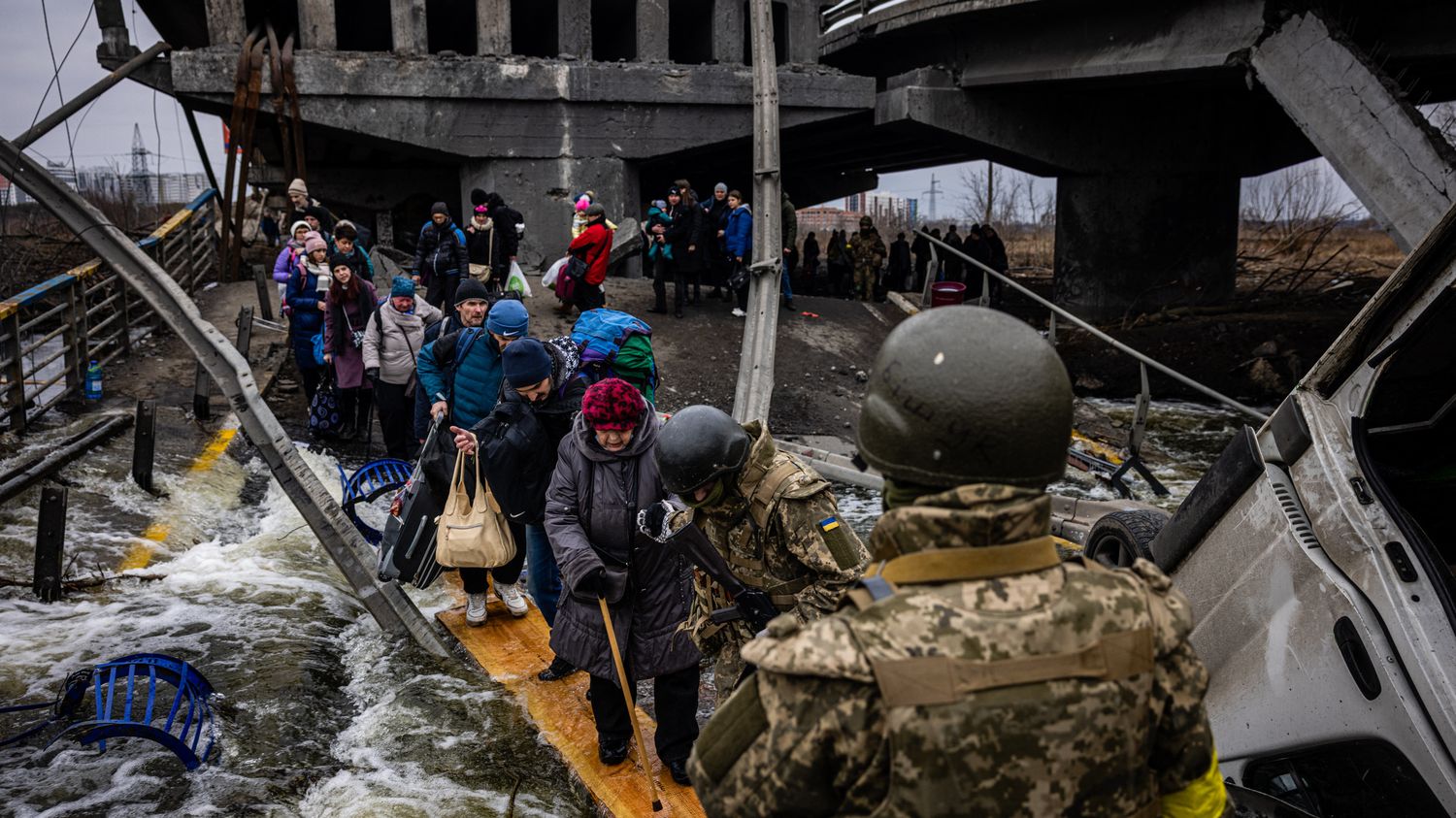 On the twelfth day of the Russian invasion of Ukraine, Vladimir Putin’s armed forces continue their siege of the still-holding port city of Mariupol. Kiev remains under Ukrainian control, despite heavy bombing. Kharkiv, Ukraine’s second largest city, is being hit harder and harder by bombs and is now surrounded.

The third round of Russian-Ukrainian negotiations ended at the end of the day with some “positive results” in humanitarian corridors, announced a member of the Ukrainian delegation. Another bell probe on the Russian side: the session does not “met expectations” from Moscow.

The front lines have moved little in the last 24 hours. Kiev remains under Ukrainian control, as does Kharkiv (northeast), despite intense Russian bombardment, which notably affected a local university sports complex and civilian buildings.

At least thirteen people were killed in a shelling in Makariv, a city located on one of the main axes leading to Kiev from the west. The bombs hit an industrial bakery where there were about thirty people, according to the Ukrainian emergency services.

Russian missiles fired from the sea also fell on the town of Tuzly in the Odessa region, a strategic port on the Black Sea, according to the Ukrainian military. The city of Odessa is undoubtedly one of the next targets for the Russians. New fighting also broke out near Sumy in the northeast, according to the head of the region’s military administration, Dmitry Jivitsky. “There are dead”wrote on Telegram.

The UN lists 406 civilians killed and 801 wounded since the start of the war in Ukraine, according to a new balance (in English) released on Monday.

The Russian army has announced the opening of several humanitarian corridors and the establishment of local ceasefires to evacuate civilians from the cities of Kiev, Kharkiv (northeast), Mariupol (southeast) and Sumy (northeast). But half of these brokers join Russia or Belarus. The Ukrainian government immediately rejected these evacuations. Emmanuel Macron denounced “moral and political cynicism” of this proposal by Vladimir Putin.

A third round of Russian-Ukrainian negotiations was also held in Belarus, focusing mainly on humanitarian corridors. They ended up at the end of the day with a few “positive results” sure “the logistics”Mykhaïlo Podoliak, a member of the Ukrainian delegation, announced on Twitter. But these discussions have not “met expectations” from Moscow, lamented the Russian representative in these discussions, Vladimir Medinsky. “We hope that next time we can take a bigger step forward”he added during a press conference.

The European Union has started to examine applications for membership from Ukraine, Georgia and Moldova, the French Presidency of the Council of the EU announced. The three countries submitted their request after the start of the Russian invasion of Ukraine. The European Commission will have to issue an official opinion and the 27 will have to decide whether to grant candidate status to the applicants, before long and complex negotiations.

The Ukrainian president urges Europeans to integrate his country “without delay” but there is no emergency procedure. Integration into the EU is a long-term process to bring the candidate country’s legislation closer to European law. The European Commission, for example, took two years to issue its opinion following Romania’s application for membership.

Russia establishes a list of “hostile” countries, including France

The Russian authorities have drawn up a list of countries “hostile” to Russia, to which Russian individuals and companies will be able to repay their debts in rubles, a currency whose value has lost 45% since January. This list of countries includes the countries of the European Union, Australia, the United Kingdom, Canada, Monaco, South Korea, the United States, Switzerland, and Japan, among others.

This text was prepared following a presidential decree on Friday, which established in vague terms a “provisional procedure” debt payment “towards certain foreign creditors”. A debtor will now be able to ask a Russian bank to create a special ruble account in the name of the foreign creditor and send him a payment in the ruble equivalent, at the Central Bank exchange rate of the day.