Hearing on the Mercedes protest in Formula 1 on Thursday – Sports news on ice hockey, winter sports and more 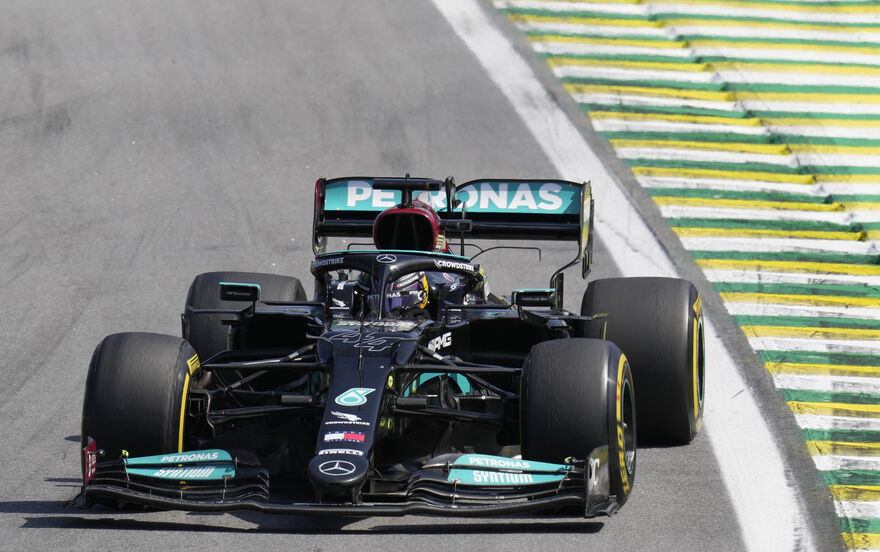 The Mercedes team has appealed against a decision of the race stewards at the Brazilian Grand Prix. Now a hearing is being held in Qatar.

In the case of the Mercedes Formula 1 team’s protest against a decision by the race stewards in the last race in Brazil in favor of Red Bull driver Max Verstappen, a hearing will be held in Qatar.

At Thursday’s appointment (5:00 pm local time / 3:00 pm CET) in Doha, a video conference will be held to determine whether there is a right of review. Specifically, it is about whether “a new essential and relevant element is discovered that was not previously available to the parties who requested the procedure.” This was announced by the world motorsports federation Fia on Wednesday.

The Silver Arrows had retrospectively reviewed the tough duel between Verstappen and world champion Lewis Hamilton of Great Britain at the Grand Prix on Sunday Tuesday. The Red Bull driver had pushed the Silver Arrow star off the track.

As a reason for the objection, Mercedes cited the appearance of new tests that were not available to the race stewards during the World Championship race. (Also read: Lessons from the São Paulo Grand Prix)

Verstappen could back down in the race standings

If Verstappen is subsequently punished, he could possibly fall back in the race standings and thus lose more points to Hamilton. At the Brazilian Grand Prix, Hamilton nearly outscored the Dutchman on lap 48, but Verstappen didn’t leave him room. Both drivers ran over the sidewalk. The commissioners took note of the incident but did not consider an investigation necessary.

Mercedes can attend the appointment with up to three people, as announced by the Fia. The names must be communicated in writing no later than five hours before the hearing.