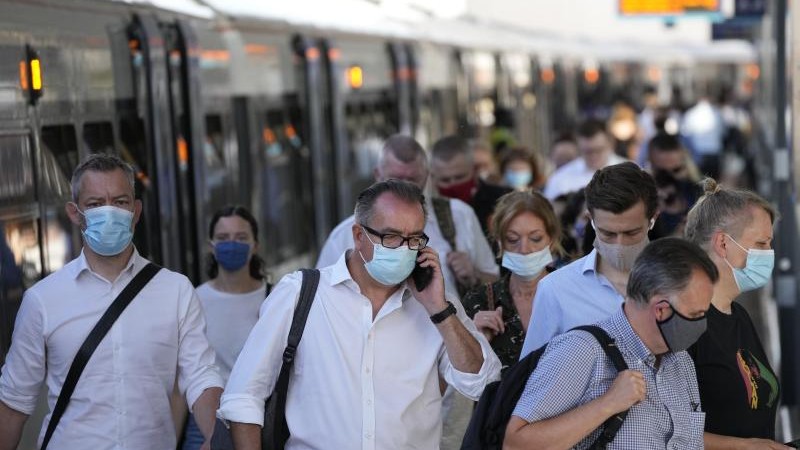 London (dpa) – The delta subvariant of the coronavirus AY.4.2 is now responsible for more than one in ten new infections in Britain. This stems from the large-scale React study at Imperial College London, the latest results of which have already been published.

According to this, 11.8 percent of the 841 positive samples sequenced for the AY.4.2 subvariant. be assigned. In total, the CRP tests of more than 100,000 people were evaluated for the study, of whom almost 1,400 tested positive.

Based on the findings, the subvariant is likely to spread faster than the previously predominant delta variant. Since the last study in September, scientists calculated a daily increase in the AY.4.2 share of 2.8 percent.

At the same time, symptomatic illnesses are less common, the researchers found. Typical symptoms, such as loss or change in the sense of smell and taste, fever, and a new and persistent cough, accompany AY.4.2 infections. infrequent. In general, less frequent onset of symptoms is, of course, a good thing, added study leader Paul Elliott.

How the subvariant will affect the course of the pandemic cannot yet be estimated, researcher Christl Donnelly, who was involved in the study, told Sky News. Less symptomatic cases meant fewer infected cases would be detected, the researcher said. On the other hand, the absence of symptoms such as a cough can also reduce the risk of infection.

The AY.4.2 subvariant has not yet been classified as a matter of concern by the World Health Organization, but is under observation. It has also been tested in Germany. From the first evidence from the beginning of July to mid-November, 766 accesses have been recorded, as announced by the RKI on request.

In recent weeks, the proportion of the subvariant in random samples was relatively constant at around one percent. Therefore, the RKI currently assumes “that this variant cannot spread significantly more than other lines under the infection control measures that are prevalent in Germany.”