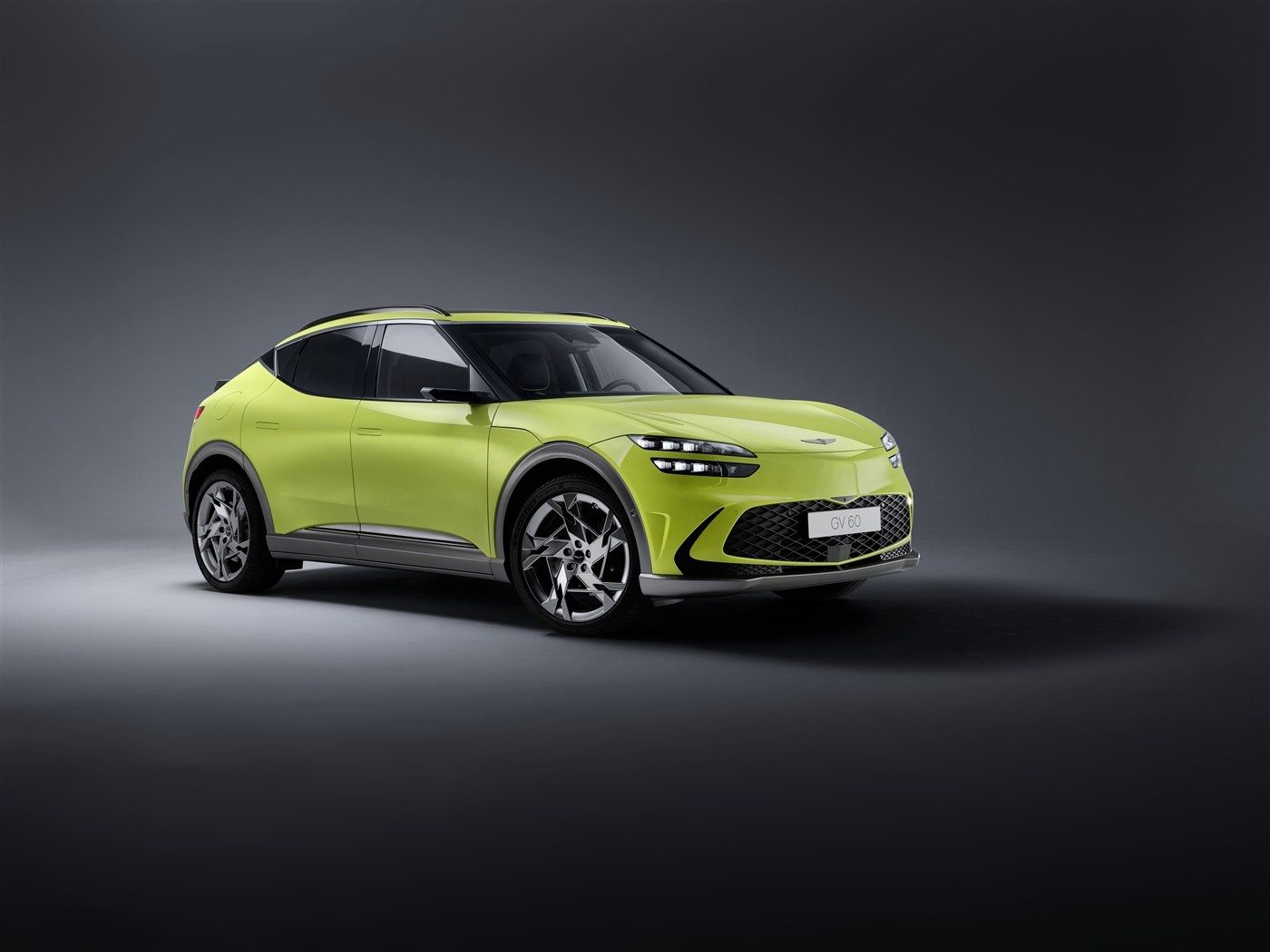 Genesis has chosen a fun color to confirm the arrival of its GV60 electric crossover in Europe. Presented last year, it had not yet been made official with us, although the schedule of arrivals at Genesis was very clear: the GV60 is part of the European offensive, for a brand that still has everything to prove. For laymen, remember that this is the “premium” branch of the Korean group: Genesis is to Hyundai what Lexus is to Toyota, or Infiniti to Nissan.

The GV60 is the sixth Genesis model after the G70, G80 and G90 sedans and the GV70 and GV80 SUVs. Not all will be sold in Europe, as to date only the G80 and GV80 are sold there, and only in certain markets. The GV60 will therefore be the third launch in the Old Continent but also and above all the first electric one.

Developed on the E-GMP platform, the Genesis GV60 is therefore a cousin of the Kia EV6 and the Hyundai Ioniq 5, the touch of luxury in addition. For the moment, Genesis is keeping the secret about the countries affected by the commercialization, but being an electric, France could well be worried.

In any case, the range of the Genesis GV60 is already known:

However, everything remains to be done for Genesis in France, which does not have its own distribution network. At the moment, only the UK, Germany and Switzerland are concerned with more top-of-the-line insulated models, specifically competing with BMW’s “5” range. Cars not really designed for France, but the GV60 could very well change the situation, freeing itself from the problem of registration taxes.

However, an image problem remains to be built for the Genesis in Europe, while the brand seems to be taking off quite well on the other side of the Atlantic. If an Audi A3 and a Volkswagen Golf sell well despite their similarities, it is because they both have their specificities. Will customers prefer a GV60 over a Kia EV6?, certainly much cheaper? It is not obvious.