From tributes to Elizabeth II across the UK to King Charles III’s first speech, a look back at a historic day 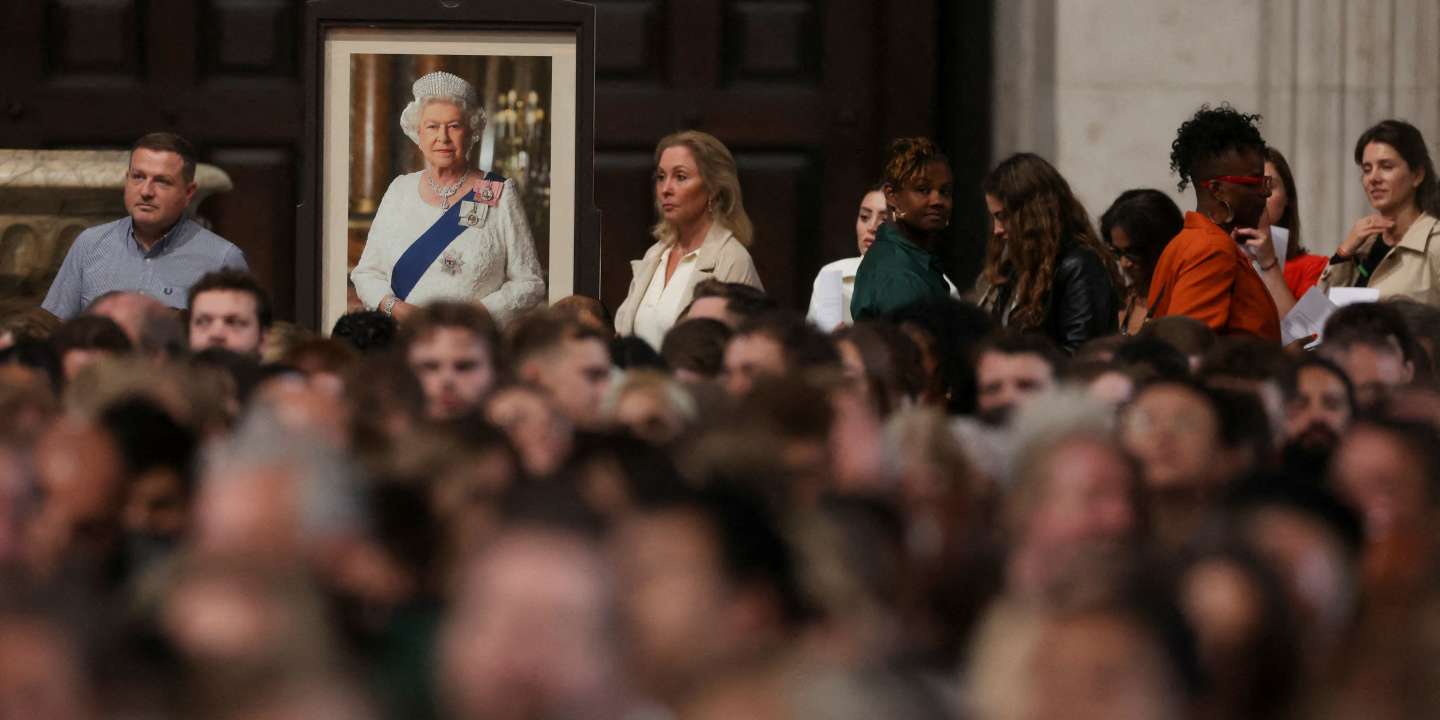 Tributes across the UK to King Charles III’s first speech, a look back on a historic day

The day after the death of Elizabeth II, the country woke up, for the first time in seventy years, without a queen. Carlos III, who will be officially proclaimed king on Saturday morning, was the center of attention. His journey, from Balmoral Castle, where his mother rests, to Buckingham Palace, where he recorded his first speech, was followed in real time by a grieving population.

Since sunriseThousands of men and women flock to London’s Buckingham Palace, Windsor Castle not far from the capital, or other royal residences across the country to pay their respects to the late Queen. Bouquets, which sometimes reach two meters in height, and mountains of flowers surround the bars.

Shortly before 11:30 a.m., local time (12:30 p.m. Paris time), the new king, Charles III, in turn leaves the royal residence at Balmoral with his wife, Camila, to return to London. At about the same time, following an extraordinary cabinet meeting, the British government declared “united in support” to Charles III.

At noon, As the new king heads to London, the bells of St Paul’s Cathedral and Westminster Abbey, London, as well as those of Windsor Castle are rung, followed by every church bell in the country.

at 12:15, the Palace announces that Carlos will be officially proclaimed king on Saturday morning, at a meeting of the Accession Council. This council will meet at 10 in the morning and the proclamation will be read in public an hour later from the balcony of this residence, and then the next day in all the provinces of the United Kingdom.

at 1pm, 96 cannon shots, referring to the age of the deceased sovereign, are fired throughout the country, in particular from Hyde Park and the Tower of London, in the capital, but also from the prehistoric site of Stonehenge or the British enclave of Gibraltar.

around 2 p.m., King Charles III receives a standing ovation from thousands as he arrives outside Buckingham Palace.. He gets out of the car and shakes hands for a long time, while some sing God save the king, the country’s new anthem. Subsequently, the Royal Standard, the royal banner, is hoisted over the palace for the first time in his reign.

at 16:20, the King’s first audience with the new Prime Minister, Liz Truss, is announced. Her enthronement on Tuesday by Elizabeth II was the Queen’s last constitutional act.

– At 6:00 p.m. Charles III delivers his first royal speech. Nine minutes in which she promises the English to serve them all her life, a promise that her own mother had kept for her 21me anniversary. undertakes to defend “constitutional principles” and announces that his heir William will be the new Prince of Wales. He expresses his ” love “ for his youngest son, Harry, and his wife, Meghan, and warmly thanks his “Mommy dear”. The speech, recorded and broadcast nationally and worldwide, is followed by the first God save the kingsung at St. Paul’s Cathedral in London, before a religious ceremony.