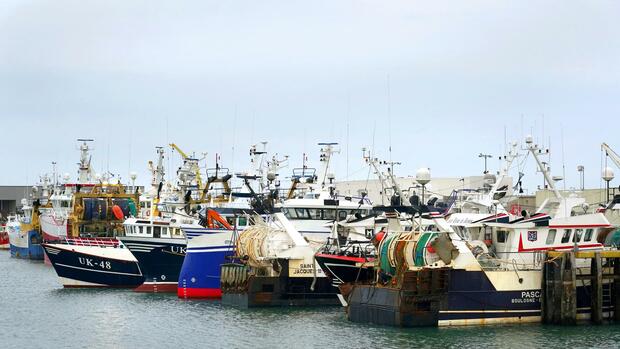 London/Glasgow In the dispute between Paris and London over fishing licenses after Brexit, both sides have agreed to new talks. Therefore, an escalation has been avoided for the time being.

As France’s Europe Minister Clément Beaune announced on Twitter late Monday, the punitive measures threatened by France should not initially go into effect on Tuesday as planned. Instead, they want to continue the dialogue with London. According to Beaune, the first signs have been received from the British government that the negotiations could be accelerated.

Brexit minister David Frost is expected to be in Paris on Thursday for an in-depth exchange. Like Beaune, French President Emmanuel Macron had previously spoken.

Frost was pleased with the announcement from Paris that the threatened punitive measures would be suspended for the time being. “Britain has made its position on these measures clear in recent days,” a government statement in London said. We are ready to engage in intensive discussions, including licensing, if new evidence can be presented. Frost looks forward to the exchange with Beaune in Paris.

best jobs of the day

Specifically, the dispute is about licenses denied to French fishermen in the waters off the Channel Islands of Jersey and Guernsey. Although the islands depend on the British Crown, they are much closer to France than to Great Britain.

Paris accuses London of not adhering to the Brexit agreements and of denying licenses to numerous French fishermen, contrary to the agreement. London denies the allegations. These are a few dozen boats that have not received a license due to lack of documents.

If London does not relent, Paris had threatened to close some ports to British fishermen from Tuesday and tighten controls on British ships and trucks. London criticized the threatened sanctions as “disproportionate and inappropriate”. The British government has announced countermeasures for emergencies. Chancellor Lizz Truss, for example, brought up the dispute settlement mechanism agreed in the Brexit agreement to achieve “compensatory measures”. Frost even spoke of “retaliation.”

The dispute has already threatened to overshadow the UN climate conference in Glasgow, Scotland. In addition, a dispute is brewing between Britain and the EU over special Brexit regulations for the British province of Northern Ireland.