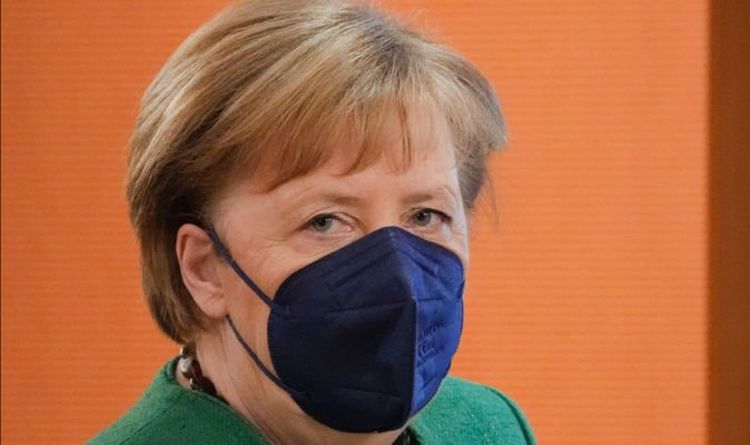 Adrian Hill said the government should stop favoring Brussels over Northern Ireland, disconnecting and “walking away” from the trade deal signed in December, while supporting the promise made by Express.co.uk readers to boycott EU products. . Hill, a former Royal Engineers officer who spoke alongside his other diplomatic positions as a member of the Canal Tunnel team at the Commonwealth and Foreign Office and the COBRA Committee at the Cabinet Office after Andreas Michaelis, Ambassador of Germany in Great Britain spoke about the possibility of a stronger bilateral agreement with a proposed country is an ideal partner for a “deep alliance”.

Similarly, on his recent trip to the UK for the G7 summit in Cornwall, French Foreign Minister Jean-Yves Le Drian noted that his country and the UK must focus on their “common interests”.

Meanwhile, the UK and Italy have traditionally worked closely together on defense, with Leonardo and BAE Systems among the companies working together on Tempest, a sixth-generation combat project.

However, Hill said the government should be wary of such international alliances.

He told Express.co.uk: “When are these kids really going to wake up from school?

The Bundeswehr’s strategic plan is more than clear: NATO is withdrawing and so is the European Union.

Germany has to keep the eurozone countries around it to preserve the surrounding economy and export markets.

“Boris and his comrades may not see it, but believe me, we voters can.”

Commenting on the UK’s future relationship with the EU, Hill, a Briefing Britain regular, said: “We are out, we are no longer responsible for anything other than the European Pension Fund.

We should triple our defense budget and stop being subordinate to the European Union.

“First of all, we can take the advice of the excellent law firm and insist on ending the chaos and the hunt in Northern Ireland.”

Hill added: “If the EU refuses, terminate the trade agreement and refuse to pay a penny to the EU. In all honesty, there is nothing they can do.

“If it had been Boris, and had known and loved him, I would have paid much more attention to what the average Briton thinks of all this than a group of footballers in Westminster and Whitehall.”

“We are neighbors. We cannot sit still and look at each other.”

Chancellor Angela Merkel raised her eyebrows in 2017 when she said of America and Britain: “The days where we can completely trust each other are partly over.

“I have seen it in recent days: we Europeans have to take our destiny into our own hands.

“We have to know that we have to fight for our future and our destiny as Europeans alone.”