for the pleasure of the track 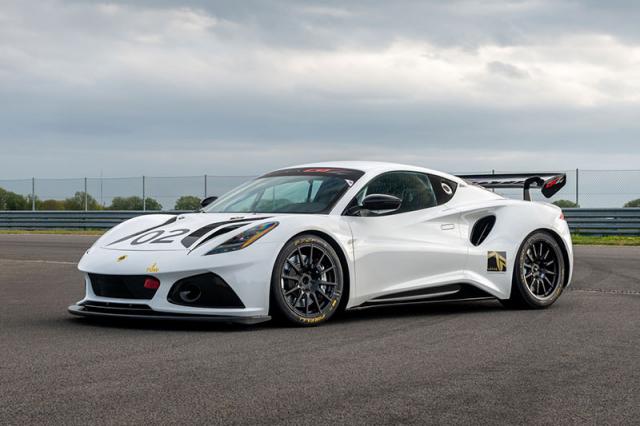 Lotus is finally unveiling its new racing car, the Emira GT4, after an initial announcement in September 2021. This is the first model from the new Lotus Advanced Performance division, developed in collaboration with the RML group.

Most of the development work took place in Hethel, UK, but also in Portimo, Portugal. Compared to the standard road version, the Emira GT4 has a prominent front splitter, a massive rear wing, and 18-inch forged wheels shod with sticky Pirelli GT4 tires.

The 3.5-liter V6 produces 405 hp thanks to a Harrop TVS 1900 supercharger and a Motec engine management system. Power is sent to the rear wheels through an Xtrac six-speed sequential transmission that uses a limited-slip differential.

The Lotus Emira GT4 2022 are already sold out, announced the manufacturer, which has already completed its first year of production. Given the high demand, Lotus plans to ramp up production in 2023.

Lotus inaugurates its new production site
Lotus continues its profound transformation with the inauguration of a new production center, named Chapman in honor of its creator whose…

Lotus Eletre: the end of Chapman’s legacy?
Colin Chapman, brilliant creator of Lotus Cars, said that he preferred to add lightness to his cars instead of horsepower. A philosophy of…