Five questions about the censorship law voted in Russia, which condemns any “false information” about the army 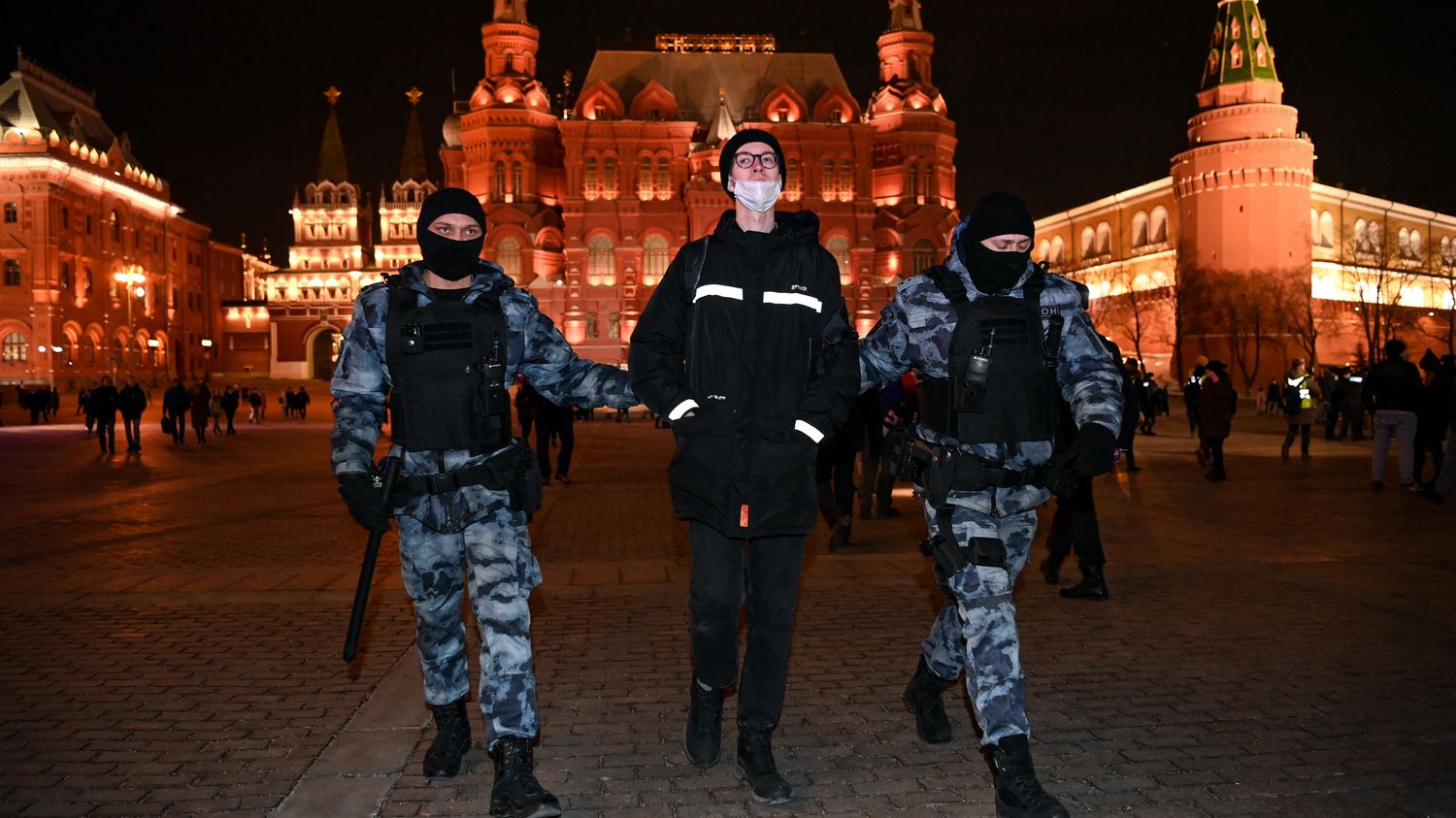 vladimir putin is “clearly putting his country under glass”, warned the NGO Reporters Without Borders on franceinfo, on Friday, March 4. A law passed on Friday March 4, which came into effect on Saturday, tightens the crackdown on the media and opponents of the war in Ukraine.

>> Follow live the latest news of the war in Ukraine

Since the assault of the Russian armies on Ukraine, on Thursday, February 24, the Moscow government has folded the country in on itself. Pressure is growing against independent domestic and foreign media on Russian soil. Outside this law, the social network Facebook was blocked on Friday. Franceinfo returns in five questions about this repressive turn.

What does the law signed by Vladimir Putin say?

Unanimously, the Duma, the lower house of the Russian Parliament, voted this law on Friday, March 4. Signed by Vladimir Putin in the process, already in force on Saturday, March 5, it punishes with harsh penalties – up to fifteen years in prison – those who issue “false information about the Russian army, especially if it leads to serious consequences for the armed forces”.

Another amendment provides penalties for “calls to impose sanctions on Russia”. These texts apply both to the media and to individuals, but also to foreign journalists.

The Kremlin quickly defended the “firmness” of his law against a “information war” carried out, according to power, against Russia, estimated on Saturday the spokesman for the Russian presidency, Dmitry Peskov.

What are the consequences of this law?

As of Friday, the law produced its first effects. Russian independent outlet Znak has shut down its site, reports New York Times (article in English). The Novaia Gazetathe most famous of Russian independent newspapers, which deplores six journalists murdered since its creation, announced to eliminate “the materials” sure “hostilities” to avoid sanctions, on the night of Friday to Saturday of Twitter. “Everything that is not propaganda is being eliminated,” told his publisher, Dmitri MouratovNobel Peace Prize, New York Times (article in English). Only the use of a VPN now allows Russians to check international sites.

This law “makes the exercise of the profession of journalist impossible”note Anna Colin Lebedev, sspecialist in post-Soviet societies and mprofessor at the University Paris-Nanterresure Twitter. “Block the ability to share on social networks.” In his opinion, the wording of the amendment is “very vague and leaves a lot of room for interpretation”. “For example, if the dissemination of information leads to ‘serious consequences,’ the prison sentence can be increased to the maximum. But ‘serious consequences’ are not defined.”points out.

The law that severely punishes, with up to 15 years in prison, any criticism of the war or questioning of official information is already in force in Russia.
The consequences are already heavy and decisive for the future. 1/7

“We are returning to a form of almost totalitarian media control, like in the days of Stalinism”complaint Christophe Deloire, secretary general of the NGO Reporters Without Borders (RSF), invited to franceinfo on Friday, March 4.

In what context does this censorship occur?

This law is the latest step in a long series of crackdowns on independent and dissenting voices in the Kremlin, such as dThousands of Russians have been arrested in protests against the invading Russian troops.

The media are especially targeted. Before the vote, the Russian media regulator Roskomnadzor, thus restricting access to various American and European media. Russian opposition media outlets Dojd and Moscow’s Echo closed on Thursday after being blocked by the Kremlin.

The Moscow government also muzzles freedom of expression by blocking the social network Facebook from Friday. The Kremlin thus punishes the American company, called by the EU to block media close to Russian power in Europe, such as the RT channel, the Sputnik site or the Ministry of Defense television channel Zvezda.

>> War in Ukraine: Sky News journalists attacked by heavy gunfire on a highway near Kiev

However, the social network is one of the most widespread tools for expressing criticism against power “via messaging,” he points out. Natalia Krapiva, technology lawyer for the NGO Access Now, quoted by AFP. “So this is a devastating blow to access to independent information and resistance to war.”

The Russian regulator has also already started restricting access to Twitter. Doubt hangs over the Instagram and YouTube platforms. “There is a risk that people may no longer know the truth at all”regrets Natalia Krapiva.

How did Western countries react?

The text “seems written to turn every freelance journalist into a criminal”, outraged John Micklethwait, the editor of the Bloomberg agency. Like the BBC, CNN, ABC or Radio Canada, it has announced that it will suspend the work of its journalists in Russia.

The French correspondents in Moscow of World and Radio France announced on Saturday that they were suspending their Twitter posts about the conflict because of this law. a necessary break “The moment to evaluate the repercussions of the new measures taken in Russia”reports Sylvain Tronchet, a correspondent for Radio France, in Twitter.

The German public television channels ARD and ZDF also announced on Saturday March 5 the temporary suspension of their coverage from Moscow. According to a press release, the two networks should take the time to“consider the consequences” of the recent Russian law. The same goes for the Italian RAI.

On Friday, a US Internet service provider, Cogent Communications, said it had “my end” to its contracts with customers in Russia, as tech giants like Apple and Microsoft halted product sales in Russia.

Is this gagging a new fact in Russia?

“There were already very few media outlets that had managed to maintain their independence, the Kremlin’s repression was so fierceexplains Christophe Deloire. There was only a small margin left with some outlets like Docht Television, which was broadcast on the internet because satellite was banned.”

Russia currently ranks 150th out of 180 countries in the world press freedom ranking published online by FSR. The next ranking will be published on May 3. Christophe Deloire believes that “Russia will continue to drift under the influence of a predator of press freedom, one of the worst, who is Vladimir Putin.”

The country of 144 million people is also preparing to be cut off from the rest of the world. In 2019, the government tried a system to completely shut down the Internet and have an equivalent strictly limited to borders. This proof is derived from another law, the “law for a safe and sustainable internet”. It already provided for repressive measures in case of “Spread fake news” or of “lack of respect for the authorities”.