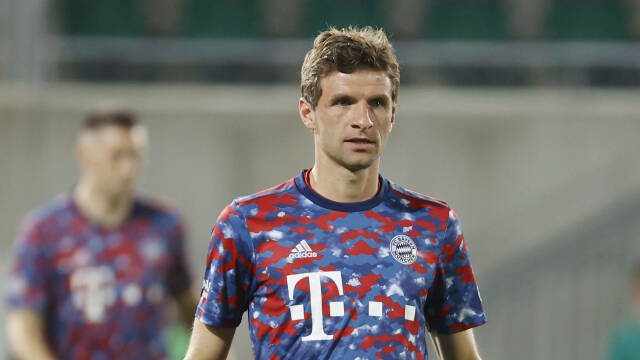 Bayern vs Kiev: “FCB is really a machine”

FC Bayern want to celebrate the next great evening of the Champions League two weeks after the 3-0 victory against FC Barcelona. With a victory this Wednesday against Dynamo Kiev, those of Munich want to consolidate themselves in the first place of the table of their group. “Of course the victory in Barcelona was good and important. But now there are other rivals who are trying to make life more difficult for us again,” said international footballer Serge Gnabry. “We have to have the same greed to win the game.”

Coach Julian Nagelsmann’s team does not want to be stopped by the Ukrainian champions at the national Allianz Arena. Nagelsmann expects a very defensive opponent. “It will be a main task to play with this compact block,” said Nagelsmann. The 34-year-old pointed out important tactical aspects. “In the rest of the defense we want to have more pressure. Avoiding the counterattack is a very important point. If we implement it, we can live up to our role as favorites.”

For Kiev coach Mircea Lucescu, there is no question who is number 1: FC Bayern. “For me, this is the best team and the biggest favorite in the Champions League,” said the manager in Munich on Tuesday night.

After eight competitive matches in a row, Munich should also triumph against Kiev. “We always set new goals for ourselves. Game by game we make sure we don’t give up. There’s a lot of fun in the game, we want to keep that,” Gnabry said. Bayern have been undefeated in 23 Champions League group stage games, with 20 wins and 3 draws.

Nagelsmann has almost the entire squad available. Substitute goalkeeper Sven Ulreich is missing following his knee injury. Corentin Tolisso is feeling better after calf problems, but it will take some time for him to return. The return of Kingsley Coman is approaching, who returns to training with the team after his heart operation. It is not yet an option for Kiev.

World footballer Robert Lewandowski was directly involved in 27 goals in his last 17 Champions League appearances. He himself scored 22 goals and gave 5 preliminaries. Thomas Müller could become the eighth star of the premier class and the first German professional to break the 50-goal mark. He scored goal 49 in a 3-0 win at Barcelona.

Kiev were winless after four draws and three losses in the last seven Champions League away games. The last three points away came in the 2015 group stage at 2-0 in Porto. In the national league, Kiev impressed this year with eight wins from nine games and 25-2 goals. “It is very important for us that we play at such a high level. We are looking forward to the game,” said coach Lucescu. “Bayern Munich are really a machine. The team is almost programmed to win and score points.”

The European Cup record against Kiev, which Munich last played two decades ago, is surprisingly uneven. Five wins against a draw and four losses.

This article first appeared on Focus.de.