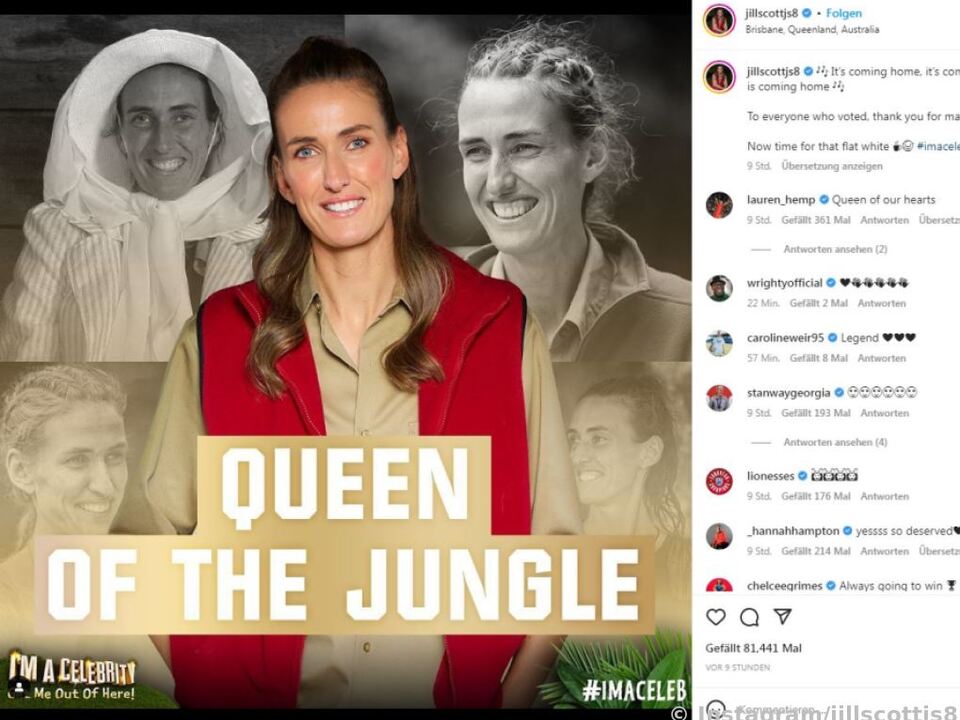 English European soccer champion Jill Scott has been crowned Queen of the British Jungle. The 35-year-old man won the TV show “I’m a celebrity…Get me out of here!” Sunday night. “I owe my grandmother a lot of money for the 12 million times she voted for me,” Scott said afterwards on ITV. In the final he prevailed over actor Owen Warner (23), former Secretary of Health Matt Hancock (44) finished third. .

Hancock’s involvement in particular had caused a stir in Britain. His Conservative Party suspended him from the parliamentary group. Hancock justified the move by saying that the jungle camp, with its audience of millions, was a good opportunity to get in touch with voters and promote his campaign against dyslexia. Critics, on the other hand, pointed out that the politician was likely attracted by the record entry fee of allegedly £400,000 (465,000 euros).