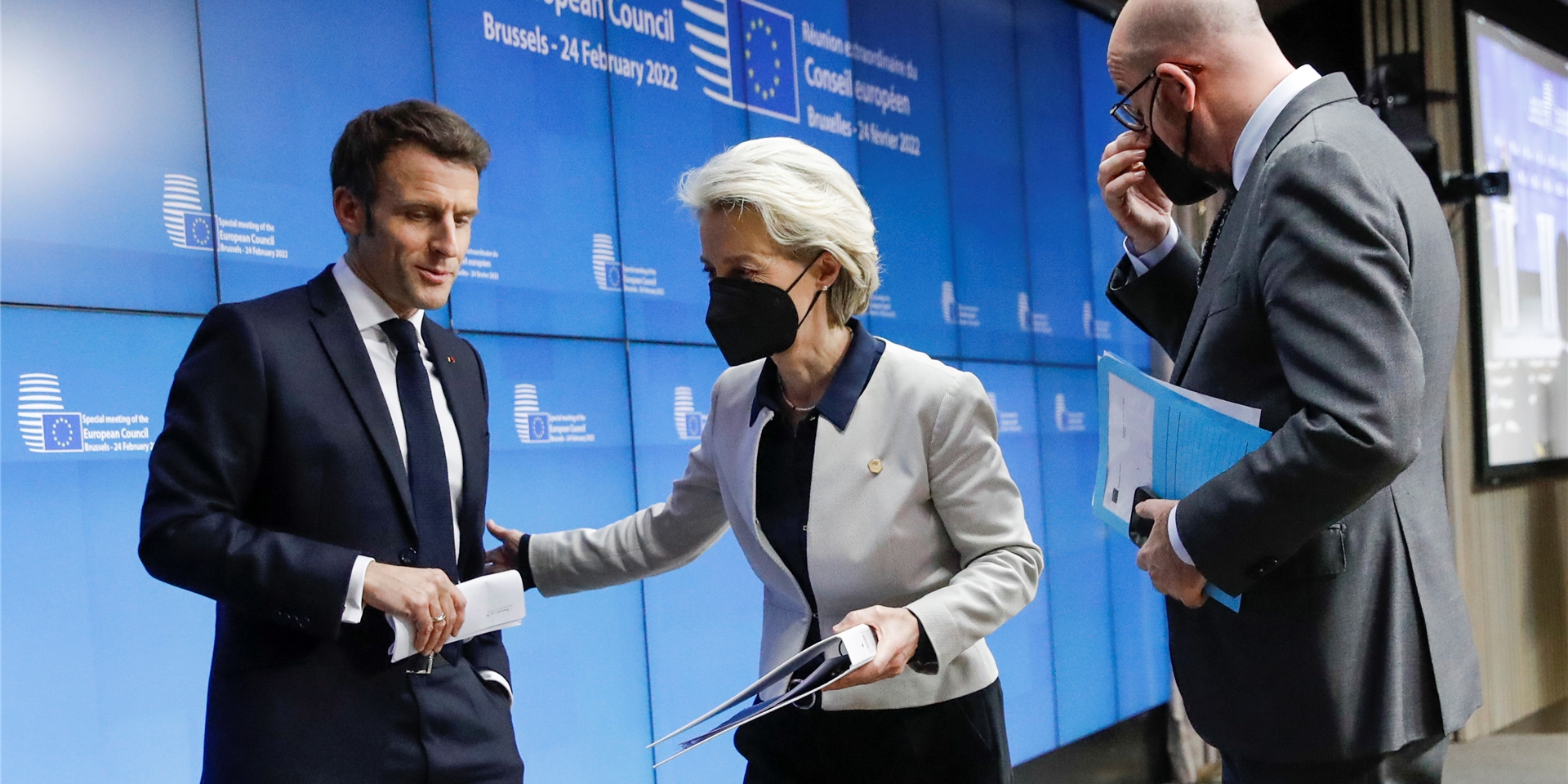 The EU heads of state and government have drawn up a second package of sanctions. It will have “massive and serious consequences” for Russia, said EU Commission President Ursula von der Leyen.

Following the Russian attack on Ukraine, the EU imposed new sanctions on the Kremlin on Thursday night. At their crisis summit in Brussels, the heads of state and government of the EU states gave the green light to a second package of sanctions. This will have “massive and serious consequences” for Russia, EU Commission President Ursula von Leyen said. Exclusion of Russia from the Swift payment system is currently not planned, one of the toughest measures possible, also due to concerns from Germany.

The EU sanctions plan is coordinated with the US, Britain, Canada, Japan and Australia. Von der Leyen said the sanctions target strategic sectors of the Russian economy. This should block access to technologies and markets that are important to Russia. This includes, for example, technology for oil and gas production.

Specifically, it is about imposing a ban on the export of high-tech products from the EU to Russia. This is aimed at hampering “the ability to modernize the Russian economy,” von der Leyen said on Thursday.

Macron talks about sanctions against the energy sector

It is also planned to weaken the Russian economy as a whole. After a meeting with NATO Secretary General Jens Stoltenberg, the EU Commission President said: “These sanctions will slow Russia’s economic growth, increase borrowing costs, increase inflation, accelerate capital outflows and gradually erode their industrial base.

In addition, Russian assets in the EU will be frozen and Russian banks will no longer have access to European financial markets. According to EU diplomats, the main target is the Russian banking system.

A decoupling of Russia from the Swift international banking communication network is not under discussion at the moment. This is considered one of the so-called nuclear options. This would hit the Russian financial sector hard. But European banks would also have to suffer the consequences of this step.

Like the Italian government, the German government is skeptical about excluding Russia from the Swift system. With all the sanctions, you need to check exactly how big of a potential damage you incur, according to government circles in Berlin on Thursday.

In this sense, you have to be very careful, especially with Swift. From today’s perspective, it is better not to use this as a means of sanctions. Furthermore, according to EU diplomats in Brussels, something must be kept in reserve for a possible third round of sanctions.

Only on Wednesday did the EU issue a first package of sanctions against Russia. It was addressed to 351 members of the Russian parliament who voted to recognize the self-proclaimed Luhansk and Donetsk People’s Republics in eastern Ukraine.

Russia’s access to EU financial markets was also restricted, as was EU companies’ trade with the breakaway zones.