Ethiopia is getting too unsafe: Britain asks citizens to leave the country 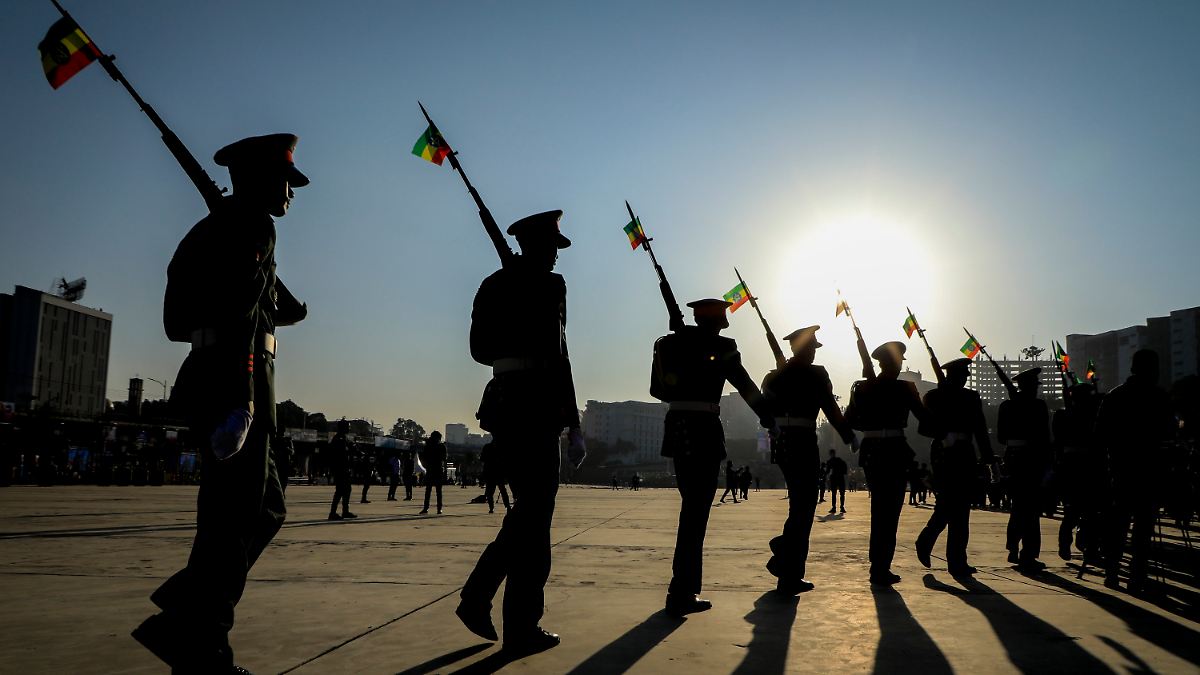 Ethiopia is getting too insecure

Courier services have been blocked in Ethiopia since Monday night, and the UN Security Council is watching with concern the civil war in the country. Great Britain urges its citizens to leave the country. The German government has not yet come that far.

Due to the violent conflict in Ethiopia, Britain has asked its citizens to leave the country. The British should leave the East African country “while commercial flights are still available,” the State Department said in London. It will probably be a lot more difficult to get out in the next few days. For the British, with the exception of the capital airport, a travel advisory applies to the entire country.

So far, Germany has only advised German citizens to check whether their presence is “absolutely necessary”. With almost 115 million inhabitants, Ethiopia is the second most populous country in Africa. The multi-ethnic state has long been considered the anchor of the region’s stability. Now it threatens to disintegrate as a result of the fighting. The central government is weakened. The conflict between the Ethiopian central government and the Tigray People’s Liberation Front (TPLF), which started about a year ago, has now spread to other parts of the country. Together with rebels from the Oromo Liberation Army (OLA), the TPLF is advancing on the capital, Addis Ababa.

Meanwhile, the United Nations demands the immediate release of more than a dozen UN workers from Ethiopia. A total of 22 local employees of various UN agencies were arrested in Addis Ababa without giving reasons, spokesman Stephane Dujarric said. 16 of them are still in custody. “It is imperative that they be released.”

Dujarric would not say whether the people arrested were UN workers from the Tigray region. “You are Ethiopian. You are a UN worker, and we want you to be released regardless of the ethnic origin that appears on your identity card.”

A few weeks ago, seven UN employees were expelled in an unprecedented operation. Secretary General António Guterres accused Ethiopia of violating international law. Guterres is frustrated that the United Nations cannot provide the necessary humanitarian aid to hundreds of thousands of starving people, Dujarric said. A high-ranking UN diplomat warned at the UN Security Council on Tuesday of a spreading civil war into which the East African country could “sink.” The messaging services Facebook, Telegram and WhatsApp have been blocked since Monday night.