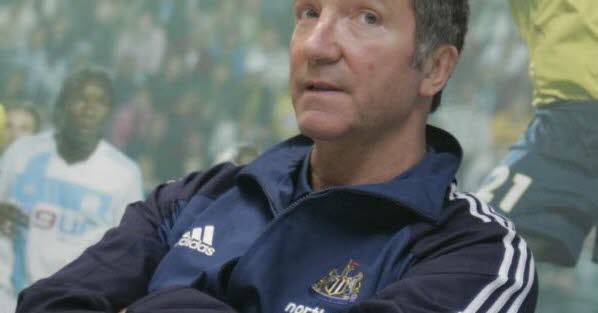 This time, Graeme Souness won’t cut it. For the first time in his career, no joke, although the term ‘tough player’ was an understatement for him, the Scottish Liverpool legend has seen the red card.

Yes, ladies, there are still Neanderthal men who think that football is not for you. That you have to be manly to practice it. That even on the bench you have to have a couple of balls…

Thomas Tuchel and Antonio Conte would have demonstrated it, still according to Souness, on August 13. The “well, I push you, I rub you and I put my head against yours” of the two coaches in the final of Chelsea – Tottenham (2-2) pleased the former player turned adviser, who was not the last to give opponents a display of their heels, elbows and even fists. “It’s a men’s sport again. I think we have found our football the way I like it, with the men giving in and the referee letting them. »

But dear Graeme, you sure didn’t watch the other 350 games broadcast that weekend! You would have seen men rolling around in the grass there… without even being touched. You would have had fun wondering why players hold their heads up screaming, when their opponent’s supposed raised feet have not exceeded… his chest. And above all, you would have appreciated these men who put their hands to their mouths to avoid prying eyes while saying “words of love” to each other.

Dear Graeme, it is better that you watch matches where women play with intensity, well-worked systems, a nice technical palette, game phases that deserve to be shown in football schools to the little ones… boys and daughters together. And above all, without untimely rolls.

By the way, Graeme, it seems that the last Women’s European Championship was played on your soil, in the UK and, unbelievable but true, it was the English who won the title. Brightly. And, Graeme, how long has it been since a British nation won a title? 1966! Victory for the English against the Germans thanks to a goal by Geoffrey Hurst that we continue to digitize to this day to show that the ball was indeed in…

Frankly Graeme, with you, we are far from “so British gentleman”. And closer to the alpha male who passes for… a big beta.