€121 million in import duties paid on imports from the UK 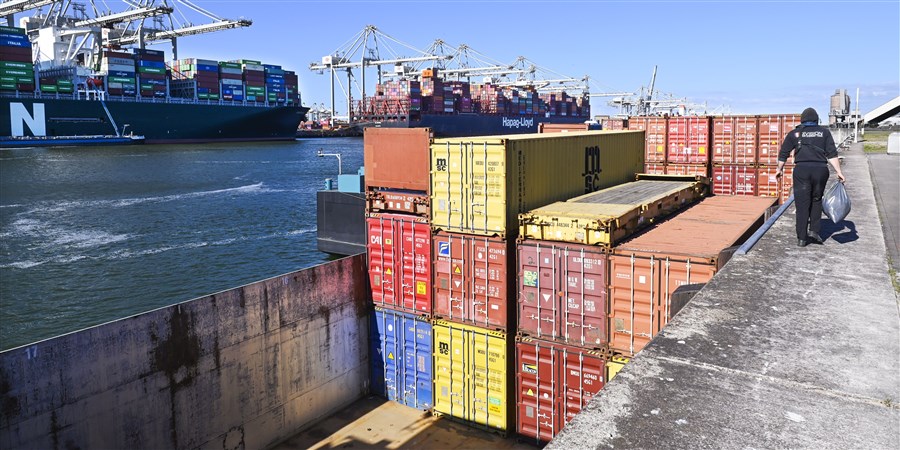 Since January 1, 2021, merchandise trade with the UK has cleared customs. In addition to potential import duties, Dutch goods traders now also have to deal with administrative checks and procedures at the border.

Most products imported from the UK duty free

In the first eight months of 2021, the Netherlands imported for 15.3 billion euros on UK goods. 8.6 billion Euros from those imports are subject to a 0 percent tariff, because import tariffs have been reduced or eliminated around the world in recent decades under the guidance of the World Trade Organization (WTO). For the rest 6.6 billion The euro has, in principle, been subject to a European Union import duty since 2021, averaging 6.0 percent. Bee 4.5 billion euros of this, no import tariffs were paid thanks to the trade agreement between the EU and the United Kingdom. about the rest 2.1 billion Fees were paid in euros, resulting in 121 million euros in tariff costs for importers in the Netherlands.

Goods can be exchanged back and forth according to the trade agreement (and therefore duty-free) if it can be shown that the product is made in the EU or UK to a sufficient extent. This is easier to demonstrate for agricultural products, such as vegetables, than for cars, for example, which are made up of parts from all over the world. a third of the 121 million The euro in import duties consisted of import duties on the importation of clothing from the United Kingdom. Almost 10 percent of the tariff costs related to the importation of footwear and another 10 percent of the tariffs paid corresponded to the importation of machinery.

Fewer re-exports to the UK

When exporting to the UK, traders must also prove that the products have been manufactured within the EU to a sufficient extent to enable them to export without tariffs. But not all goods are. The Netherlands imports many goods that are not or hardly processed here, and then export them to other countries: this is called re-export. Re-export flows from the Netherlands to the UK fell sharply in 2021.

Import tariffs could explain the drop in re-exports. Some of the goods that are (re)exported from the Netherlands to the UK originally come from outside the European Union. Figures from 2017 show that this applies to approx. 9 billion of the 17 billion re-exports in euros from the Netherlands to the United Kingdom. A large part came from China (2.5 billion euros) and the United States (1.8 billion euros). Because those goods probably don’t comply with the trade agreement’s rules of origin, they risk being charged twice: both when imported into the Netherlands and when imported into the UK. In addition, traders also have to deal twice with customs formalities and controls. This may be the reason to change trade flows and import directly from the country of origin.

The latest edition of the CBS Internationalization Monitor focuses on two exogenous shocks, namely the coronavirus crisis and Brexit. How did trade develop during these shocks? And how might trade have developed if the shocks had not occurred? How do different types of companies cope with these shocks? And what are the consequences of the new trade agreement with the UK for Dutch goods flows to and from the UK?