But why is the Franco-British confrontation over fishing still relevant? 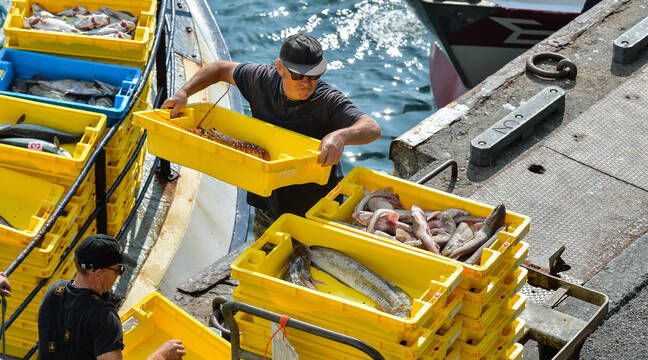 The deadline is approaching. France and Britain must agree by Friday at the latest on the thorny issue of fishing licenses in British waters. This issue is one of the unresolved post-Brexit issues. If you are also wondering what nationality your seafood will be at Christmas dinner, 20 minutes He listed five questions (and their answers) to see more clearly.

What is a fishing license?

This is an essential document for French fishermen to legally fish in British waters. Since Brexit, a new license is required. It allows the English authorities to certify that the French vessels were already fishing between 2012 and 2016, which corresponds to the period chosen for the agreement with the European Union.

Special case: in the waters located between the island of Jersey and Guernsey, particularly rich in fish, it is necessary to justify at least 11 days of fishing there this time between February 1, 2017 and January 30, 2020. Grégory Guida, Minister for Home Affairs of Jersey, thus esteemed in franceinfo beginning of November that “if we add boats without limitation [sans license], the effort [le nombre de poissons pêché] will increase, it is absolutely inevitable. »

This date of December 10 was set on November 24 by the European Commissioner for the Environment and Fisheries, Virginijus Sinkevičius. This ultimatum came a few hours after the message from France, which asked the European Union to be more “active” in its dispute with the British. “The space for dialogue must have a deadline and this deadline, the Commission must give it to the United Kingdom,” declared Annick Girardin, French Minister of the Sea.

How many licenses remain to be obtained for France?

The account is not there yet. Since January 1, France has obtained 1,004 licences, according to the executive. There are still “94 to get”, according to the count made this Thursday by Annick Girardin, on the eve of the deadline. This total was updated after the validation of 43 fishing licenses to French vessels by the Guernsey Channel Island government on December 1. All authorized French vessels will be able to continue fishing in these waters from February 1, 2022.

London estimated at the end of November, before the update of the French minister, to have granted 98% of the licenses requested (according to the current French calculation, based on the 1,004 licenses obtained and the 94 pending, this percentage is around 91.5%) . ).

In the area of ​​6 to 12 nautical miles (between 11 and 22 km) of the British coast, the debates are tense for the 40 boats (of more than 12 meters) that have recently been launched to replace old boats. London is currently refusing to grant them a license, considering that these are new applications because they are more modern and often more powerful ships. Another point of conflict between the two countries: the nature and scope of the documents that must be provided to French fishermen.

What will happen without any agreement?

If the stalemate continues, France is going to clash with its neighbor. Annick Girardin thus warned this Thursday that if all the fishing licenses still claimed in the United Kingdom were not granted by Friday night, Paris would request a meeting at the European level. It would even go “into litigation” with the government of Boris Johnson.

On November 18, the minister announced the existence of a possible compensation package for the tricolor vessels. “Without prejudging the outcome of the negotiation, I asked the Fisheries Secretariat (DPMA) to offer me, together with the professionals, a budget for the fleet exit plans that I could finance,” he said. He specified that an envelope of 40 to 60 million euros could be “put on the table”.