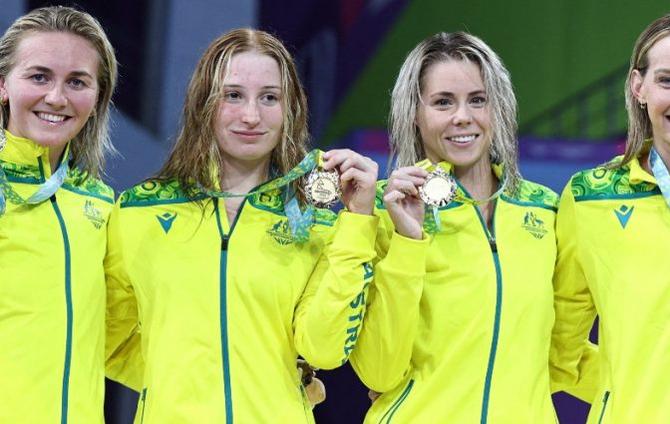 They hit it big in the pool. This Sunday, on the Birmingham side, during the Commonwealth Games, the Australians broke the world record in the relay, and more precisely during the 4x200m freestyle final. This famous quartet was then, at the time, made up of Madison Wilson, Kiah Melverton, Mollie O’Callaghan and Ariarne Titmus. The latter being simply double Olympic champion in the title in the distances of 200 meters but also in the 400 meters freestyle. Two titles harvested no later than last summer, on the side of Tokyo in Japan. These four Australians took this new world record of 4×200 meters freestyle to 7’39″29, to win the title. As for the previous world record of this same relay, it dated from last summer on the occasion of the Tokyo Olympic Games in Japan. .

Le Clos goes down in history

At that time, it was China who beat him, in a time of 7’40″33. This Sunday, the podium of this same relay was completed by Canada, who won the silver medal, while England had to settle for bronze. At the same Commonwealth Games, near Birmingham, again this Sunday, another swimmer had the opportunity to shine, in fact, Olympic champion in 2012 in the 200-meter butterfly distance, near London in the United Kingdom. Chad Le Clos took second place in the 200m freestyle final, 29 small hundredths to go from Australia’s Lewis Clareburt.. On this occasion, the South African entered the history of this prestigious event by winning his 18th medal. Or as much as the Englishman Michael Gault and the Australian Phillip Adams, both specialists in sports shooting. A record.